Grammy nominee pianist, composer, and bandleader Emilio Solla has embarked on a new venture with his latest release Puertos: Music from International Waters. At the helm of a 17-piece big band called the Tango Jazz Orchestra, Solla expands his breadth as a bandleader, a composer of Latin jazz hybrids, and as a sensitive listener of the muses that inspire his imagination to create music.

With all compositions on the band’s debut recording written and arranged by Solla, the Tango Jazz Orchestra brings to life music that has been fermenting in the maestro’s mind. His creations are a hybrid of Latin-infused phrases and rhythms that achieve what Kabir Sehgal, one of the record’s producers, tells in the liner notes mirrors, “When people of different countries and civilizations collide, so do their cultures, cuisines, and compositions. (And from an ecological perspective, estuaries that form the mixing of salt and freshwater are rich with biodiversity.) And herein is the spark of Puertos: Music of International Waters.”

The choice of the recording’s title reflects the blend of music that Solla’s achieves, embellishing Argentine-based tango jazz with musical influences from international locales, including New York, Spain, Uruguay, Chile, Cuba, and New Orleans. His choice to lead a 17-piece big band through this project was a natural progression. “As for being ready,” he expresses with confidence, “I have been conducting for many years, including symphony orchestras.”

Accomplishing global acclaim for his original work with his Barcelona-based quintet and as a freelance arranger and pianist on various projects in New York City, he recalls what motivated him to put together the Tango Jazz Orchestra as the means to bring his new compositions to life. “I started to have large ensemble arrangements of my music commissioned by other big bands such as Arturo O’Farrill’s Afro Latin Jazz Orchestra.”

“At some point,” he projects, “I decided to put together my own one as I thought there was a challenge there: using the classical jazz orchestra line-up but make it sound South American in every possible way.”

South American sounds he achieves with bandoneon player Julien Labro, producing a lush romantic atmosphere in “La Novena” on Puertos: Music from International Waters. Deservedly, “La Novena” is nominated by the Recording Academy 62nd Grammy for “Best Arrangement, Instrumental.” When it comes to disclosing how he thought up the soft instrumentation on the track, Solla answers, “I honestly have no clue.”

The music is a caressing balm on the listener’s senses, creating a soothing mood that Solla confesses was achieved by letting the music find its own path. He reveals his songwriting process, “I very seldom try to achieve a certain mood with my music. I prefer to let the music tell me where it needs to go and follow ‘her.’ I know for sure the groove and atmosphere are based on the great slow milongas by Astor Piazzolla. As for instructions to my guys,” he offers them guidance, “listen to how Piazzolla or other bandoneon players would phrase this, and try to get into that spirit.”

Born in Buenos Aires, Argentina, Solla is strongly influenced by the works of Argentinian composer Astor Pantaleón Piazzolla, picking up the reins of keeping tango music relevant to new generations after Piazzolla passed away in 1992. When Solla embarked on leading the Tango Jazz Orchestra, he understood that he needed to learn from other prominent bandleaders as well.

“Of course you have to know the masters of the genre to understand the craft of big band writing,” he stipulates, “but I always care about 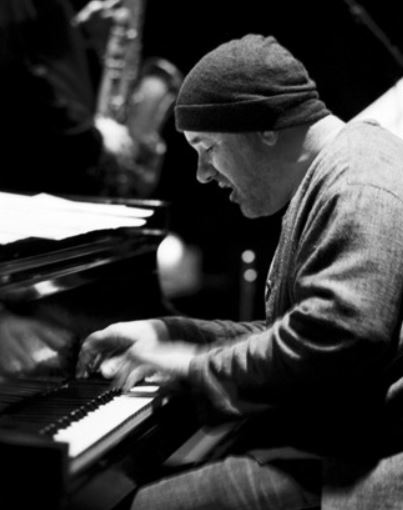 finding my own sound, using tools that come from tango, Argentine folk and other Latin American styles.”

Track after track is laden with uplifting phrasing that is synonymous with Latin American jazz styles. For instance, “Buenos Aires Blues (to New Orleans)” from the recording merges the festive mood of Mardi Gras-style jazz with the sensual gyrations of Argentine tango. It’s a blend that Solla recognizes is steep in Cuban and Haitian cultures.

“This piece, as I see it,” he intimates, “is rooted strongly in the Tango tradition with a modern pattern that we called 3-3-2 that was definitely [established] by Piazzolla in modern tango music. It is interesting to see how you are hearing it! It does nothing but confirms the strong influence of Cuba and Haiti in both jazz and tango music.”

Though much of the music that Solla composes on the recording regales the listener with instruments that are giddy and spirited, one track presents a piano solo performed by him that portrays moments of introspection. “The title is ‘Andan Luces,'” Solla explains, “a word game on Andaluces, the people from Andalucia, south of Spain.” He determined, “It seems that this piece of music needed those sounds. The reasons remain a mystery, and that mystery is a huge part of what we love in deep, honest music.”

He expands on the track further, “I do not have much decision on the instrumentation or anything else. I am there to help the music find its path, interfering as little as possible, and helping it get to the paper so it can be performed and heard by you, me, and the rest…we are all witnesses.”

It is difficult to imagine how Solla did not experience writer’s block, coming up with original music for a 17-piece orchestra. On that note, he articulates, “Writer’s block does not exist: it is a problem of musicians who do not understand that COMPOSING IS A CRAFT, you have to have a METHOD that will always be there for you when INSPIRATION has already told you the main secrets about the MUSIC YOU ARE HELPING TO COME TO LIFE.”

He propounds, “Ideas flow when you are working. Writer’s block is believing you have to sit there and wait for the IDEA.” He submits, “This is a very complex matter that would need a long discussion.”

However, Solla does not need to analyze his decision about when a composition is finished, mainly when the window to record the tracks was only open on March 19 and 20, 2019, at Oktaven Audio in New York. He weighs, “About when a composition is done…well, I guess it is always a difficult decision, probably the more realistic answer is ‘when you have two days to go for the first rehearsal and need to print the parts.'”

For this reason, Solla chose to work with musicians on the recording who understood his vision. “Living in New York is a big advantage in that sense.” he postulates. “There are tons of world-class players in every instrument, so I just called collaborators from previous projects and some new people. For me, the main thing is that they have their own sound and personality, and flexibility to adapt to Latin American grooves and ways of phrasing. And that they refrain from using their cellphones in the rehearsals,” he chortles.

As far as going on tour with the Tango Jazz Orchestra, Solla admits, “Of course it is challenging to take this band out of New York where we are often performing.” On the matter of touring beyond the limits of New York City, he perseveres, “Yes, as much as possible,” then cheekily teases, “got a gig!?”

Solla also contemplates greater longevity for the recording, pondering, “My idea also with this album is to make the music available to jazz orchestras in colleges or pro orchestras all around the world, so I can travel with just the scores and conduct it and teach how to play it.”

Perhaps Solla’s experience as a pianist, composer, and bandleader for over 30 years has made him think beyond the treadmill of recording and touring then repeating the cycle. He imparts, “As an ancient proverb reads: ‘You always learn something. Sometimes you learn what you have to do, and sometimes what you do not have to do.'” 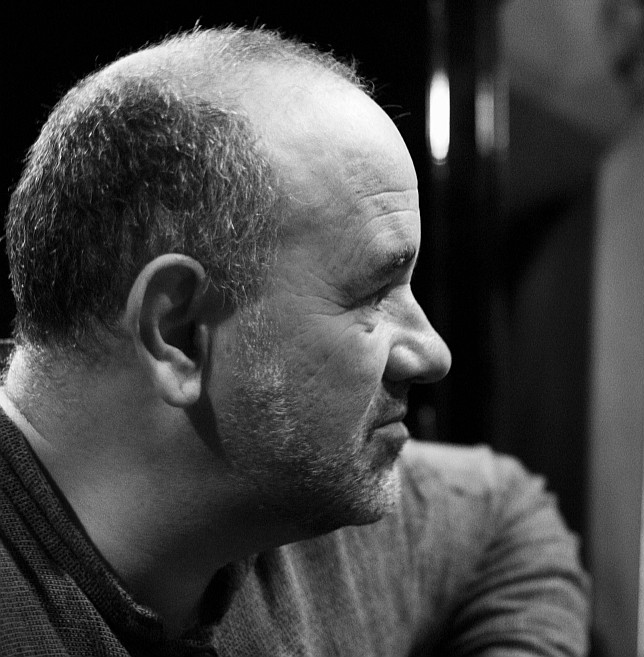 He discerns, “It made even more clear to me the eternal paradox: That the more I know, the more aware I am about how little I know, and how much music is still out there to be better understood and learned by me.”

Balancing his projects between his quintet in Barcelona and the Tango Jazz Orchestra in New York City, Solla reflects, “In New York, you have 200 kick-ass trumpet players and three places where you can get decent, real food. In Barcelona, it is just the other way around. Quality of music vs. Quality of life.”

“I am originally from Argentina, not Spain,” he illuminates, “but Barcelona definitely feels more like home than New York. In a not distant future, my goal is to balance life in between the two places…six months each would be a great balance probably, but right now I prefer to have the 200 monsters in every instrument, and cook at home.”

Looking past his nomination for the upcoming Grammy Awards in 2020, Emilio Solla sees longevity for Puertos: Music from International Waters. His admiration for the tango jazz form has inspired him to make music that he envisions will be available to colleges and orchestras from all around the world. He sees himself traveling to teach the scores and conduct musicians in training. After all, he knows how he came up with the scores. Letting the music find its own path, that is the magic behind his songwriting.