Kristin Callahan: Conveying the Feel of the Song

Contemporary Fusion Reviews columnist Dick Metcalf wrote about singer-songwriter Kristin Callahan claiming, “What sets her apart from all the others is her exquisite “pacing… sleek, soft and haunting!”

By leading the pace of the song, Callahan holds her audience captive. Purely instinctual, she discusses in a press release what motivates her when she interprets a song, “I’m looking for the vibe of the song, getting the feeling across.”

Conveying the feel of the song runs deep in Callahan’s veins. She accomplishes the task in each track on her 2021 recording Lost in a Dream. Looking back, she provides, “My first thoughts about the project began about 6-7 years ago. My co-producer, Eliot Seppa, and I worked on the arrangements for more than a year before going into the recording studio.”

She recalls, “It took me about a year to choose the tracks for Lost in a Dream. First, of course, I chose tracks that I love, but I also chose songs that would express the overall feel that I was hoping to create for the album.” 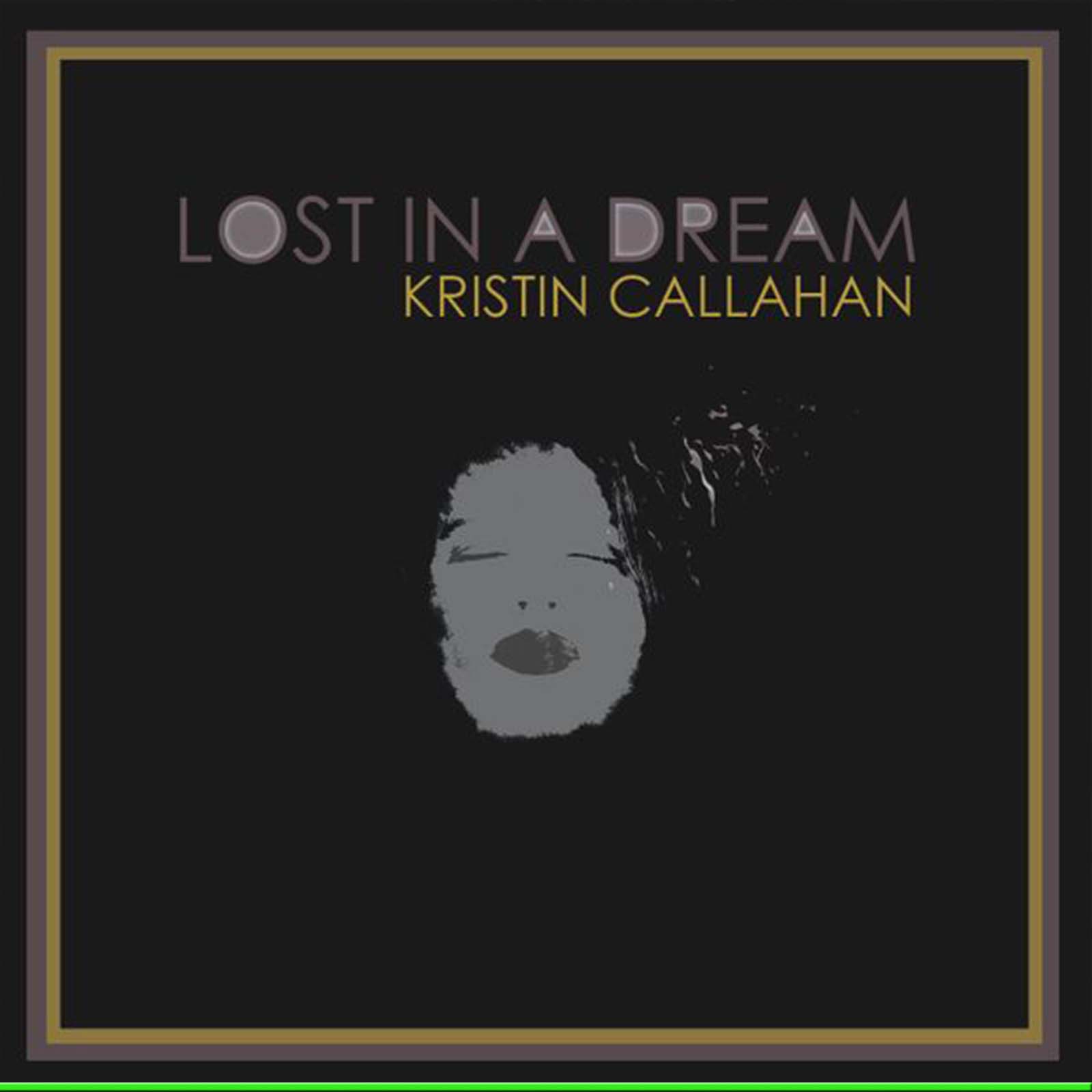 Comprised of seven jazz standards and one original track written by Callahan, that being the title track, she describes, “The album is based on a feeling I once had. I was in a relationship that made me unhappy, but I stayed in it longer than I should have. I was essentially lost in a dream; thus, the dreamlike and nocturnal feel of the album.”

She reveals about the title track, “I started writing the track ‘Lost in a Dream’ right after a breakup. I was feeling quite emotional at the time. I didn’t have any collaborators on the song. I wrote the melody, lyrics, and chords for it. I also put together an audio version that included all instruments digitally, so everyone in the band could really understand where I wanted to go with the song for the recording.”

The haunting tone of her vocals is strongly pronounced on the title track like a drifting breeze reaching across a mist-filled glade. Supported by the breathy strums of the guitar strings played by Matvei Sigalov and buffered by the slow simmer of Mark Prince’s conga beats, Callahan engulfs the listener in a dreamlike haze.

Joining Callahan on the recording is her co-producer Eliot Seppa on bass. Additional musicians on her recording include Matvei Sigalov on guitar, Tom Teasley on percussion, Mark Prince on drums, Carroll Dashiell lll on drums, Lee Pearson on drums and conga, Joe Herrera on trumpet, and Matt Rippetoe on saxophone.

She explains, “I wanted to have musicians on the project who would be a good fit for the overall feel that I was trying to get for this album. So my co-producer, Eliot Seppa, made suggestions of musicians that he thought would really get what we were trying to do.” 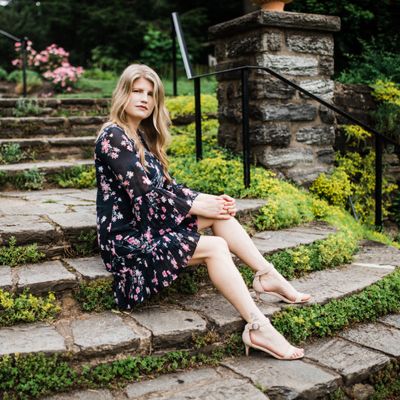 “I hadn’t worked with any of the musicians that are on this project before,” she recounts, “except for drummers Mark Prince and Lee Pearson. So I watched videos of everyone on gigs before hiring them. All the musicians — Tom Teasley, Matvei Sigalov, Eliot Seppa, Joe Herrera, Matt Rippetoe, Mark Prince, Lee Pearson, and Carroll Dashiell lll did such a fabulous job and really understood the project,” she expresses proudly.

The fabulous job she refers to is palpable in the buoyant beats of Seppa’s bass taking center stage through the intro of “Caravan,” penned by Juan Tizol and Duke Ellington. The percolation projects a jungle ambiance as the exotic accents of the slinky guitar strings enhance the mood, ramping up the seductive pull of the track. The guitar riffs recede as the sensual strokes of the wind instruments enter, circling around Callahan’s sultry vocals like a tribal headdress.

Other tracks that demonstrate the band’s keen perception, enabling them to tailor the music to fit Callahan’s alluring timbres are the bossa nova sway they bask Sigmund Romberg and Oscar Hammerstein’s classic operetta “Softly, as in a Morning Sunrise” in, equipped with the coiling undulations of the wind instruments, and the torchlight atmospherics of Antonio Carlos Jobim timeless piece “Once I Loved,” illuminating Callahan’s shimmering vocals in a candlelight glow. Callahan takes western swing, straight-ahead jazz, and smooth blues into the new millennium with Lost in a Dream.

She recollects, “Guitarist Matvei Sigalov and I recorded ‘Once I Loved’ in a separate session since it was just us on that song. I recorded the vocal harmonies in that session as well.

“We recorded much of the album in a one-day session,” she admits. “It was a large group that included two horns, so getting everyone separated to minimize the instruments bleeding into each other on the recording was a challenge.”

She remembers, “We did decide to add more drums to some of the tracks later, and this was right when the pandemic hit, so some of the drum tracks had to be recorded at the musicians’ home studios.”

“This is the first album that I have managed,” she enlightens, “and I really am proud of what we accomplished.”

Callahan has been preparing for this solo project likely since she began singing. She reminisces, “I began to sing at a very young 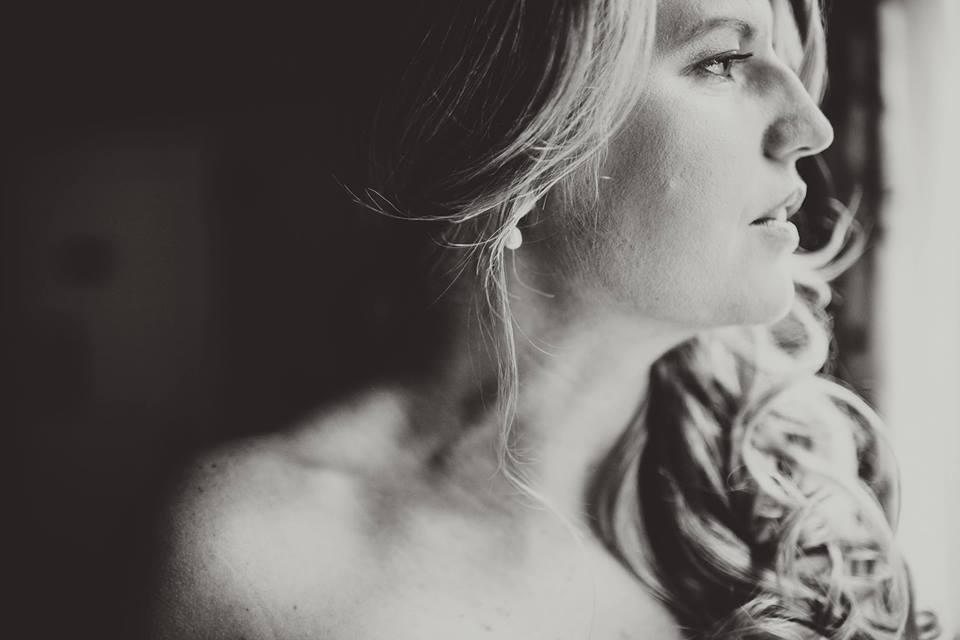 age. It was as natural as breathing for me.”

She chronicles, “I started out singing in talent shows and singing in musicals in elementary school. Although, I was always a bit shy about it. As a teenager, I took vocal and piano lessons. Singing has always been a constant for me whether it’s been casually for my own personal enjoyment or performing professionally.”

“I have always closely listened to my voice,” she offers incite, “asking myself important questions, such as why did my voice lose power on that note or have I enunciated the words clearly? I also pay close attention to what I feel physically when certain things happen in my voice, and that self-awareness has helped me to become the singer that I am today.

“I still have some things to work on vocally,” she discerns, “such as maintaining evenness and power on the notes right before I switch to my head voice. I love singing. It really is part of me. It gives me energy and makes me happy.”

She considers, “For a long time, I wasn’t sure if I wanted to sing professionally. Singing had always been a huge part of my life, but it wasn’t until I began to study jazz that I felt positive that I wanted to pursue singing in a serious way.”

‘From the beginning,” she illustrates, “jazz really did inspire me. It pushed me to learn more and become a better musician. I’m honored to be part of the jazz community, and my experiences in jazz are now a significant part of my life story.”

“I initially fell in love with jazz singers like Nat King Cole and Shirley Horn,” she singles out. “Their sound is so pure, natural, and tonally rich. I started out in jazz at a much older age than many other jazz artists. I was in my late 20’s. My interest was sparked after I saw a concert on TV. It was a Chris Botti concert that featured several guest vocalists such as Paula Cole and Jill Scott. They sang jazz standards, and I was immediately drawn in. I think Paula Cole sang ‘My One and Only Love’ and Jill Scott sang ‘Good Morning Heartache.'”

She cites, “My appreciation and respect for jazz grew the more I listened to and studied the genre. Anyone who is a jazz musician knows that it is a forever journey and there is always more to learn, and that is what makes it so appealing to me. I also greatly appreciate the opportunities I’ve had to work with such talented musicians, whether it’s live or a recording project. I’ve gotten to work with some of the best out there.”

Some of her most treasured opportunities that she has accrued through her musical experiences include performing with acclaimed artists such as guitarist Rich Barry and pianist Pascal Le Boeuf, being featured in the Melting Pot Big Band at the Havre De Grace Opera House, taking part in tribute shows for Peggy Lee and Julie London, in addition to recording with such luminaries as Warren Wolf and Allyn Johnson, and have performed with Mike Pope and Ameen Saleem to disclose a handful.

Callahan’s experiences as a singer and songwriter in her own right moved forward as she underscores, “I’ve been co-writing music on and off for about 20 years, contributing lyrics and melodies to other musician’s tracks. I have been writing songs completely on my own for about 3 years. I’m currently working on 5 new songs. I wanted to have complete creative control over my music, and you need to write your own music for that to happen.”

“I finally felt ready to write my own music in the last few years,” she regards, “It’s a great feeling to be independent and write something that is all yours. Although, I still plan to collaborate with other musicians on certain projects.”

“After I began studying jazz over a decade ago,” she reflects, “I went from being a natural singer with a good ear to playing the piano, leading a band, writing my own music, and producing my own album. Most importantly, I’ve become a better listener.”

In the past, jazz artists best-reached audiences through live shows, but in the wake of COVID-19, jazz artists have needed to find other means to reach audiences. “I currently have no plans to promote Lost in a Dream through touring,” she shares. “I will continue to virtually promote this album and future projects until the pandemic is over.”

In the meantime, Callahan is finding solace in being involved in other outdoor activities. She professes, “I love to travel and spend 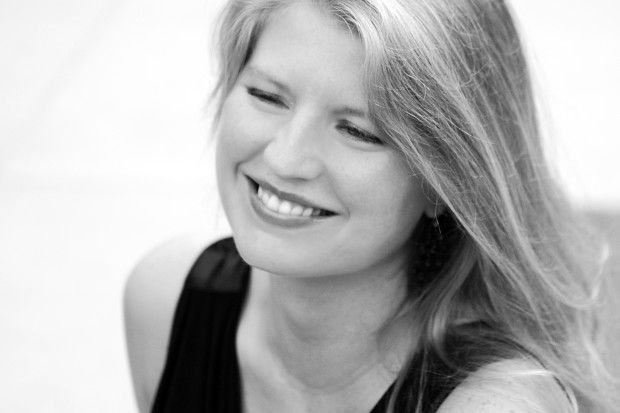 much of my time outdoors. I have a background in photography and plan to study capturing nature in action. In addition, I have a strong passion for indoor rock climbing, and I would like to try climbing outdoors soon. Climbing is probably my favorite thing to do besides singing.”

Whether it has been coursing her musical experiences, taking the lead in a song, or capturing nature in action during a hike with a photo, Kristin Callahan’s instinct to pace herself is the key component to her progress. Searching for the essence of a song motivates her to convey the feelings emoted in the lyrics. Expressing the feel of a song runs deep in Callahan’s veins. It is what makes her an intuitive artist and one who certainly resonates with audiences on a visceral level.