Sherrie Maricle: Time Is The Stuff Life Is Made Of 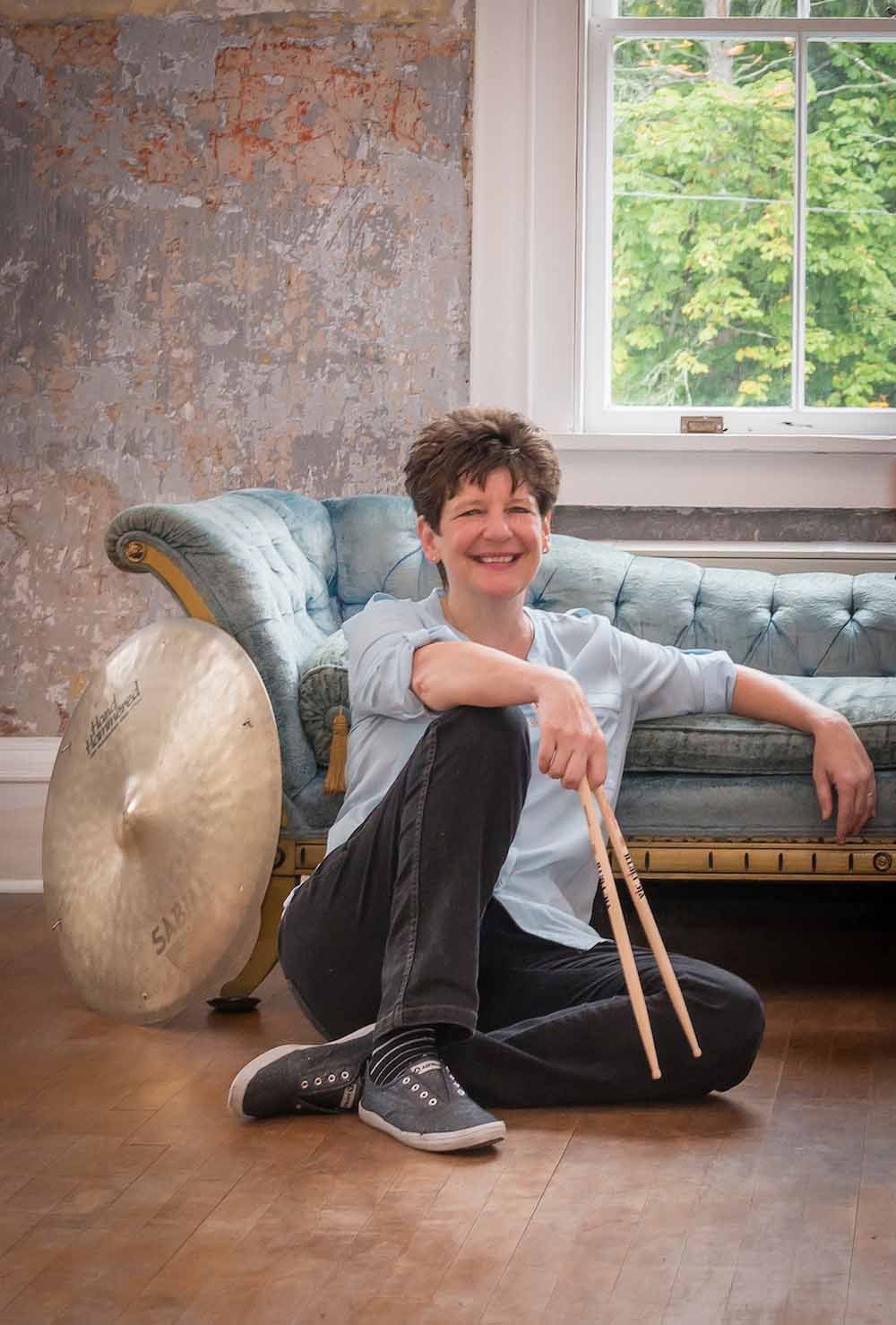 The opening scene of the 1939 film Gone with the Wind shows a plaque that reads “Do not squander time.  That is the stuff life is made of.”  It’s an adage that stands true for Sherrie Maricle.  An accomplished drummer, recording artist, improviser, bandleader, music director, and educator, Maricle has achieved so much in her life, and still, she shows no sign of slowing down.

With a number of accolades in her trove including a Mary Lou Williams Lifetime Achievement Award, a recipient of the Ovation Award for Best Music Direction, a two-time New York University Music Department Teacher of the Year, and a recipient of the Kennedy Center Alliance Award for Outstanding Achievements in the Arts, Maricle most certainly has not squandered her time but used it as though each moment is a precious gift given to her.

As a co-creator of 3 Divas Jazz Trio or better known as 3D Jazz Trio, Maricle is joined by pianist Jackie Warren and bass player Amy Shook, whom she met in May of 2014 at the Cleveland Playhouse.  She reminisces about that life changing encounter, “We started working together in 2014 with Maurice Hines’s award-winning show Tappin’ Thru Life. The 3 of us had such strong chemistry and a musical connect that we knew we had to keep swingin’ together. We recorded our first 3Divas CD in 2016, ‘live’ from WVIA Radio in Pittston, Pennsylvania.”

Their debut release was followed by their self-titled recording in 2017.  In 2020, amidst the COVID-19 pandemic, the 3D Jazz Trio have 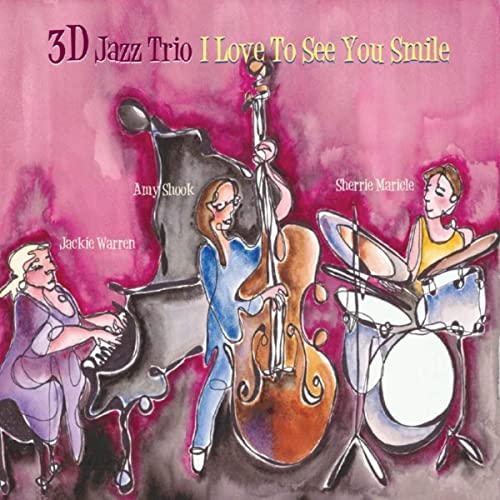 released I Love To See You Smile in February and will release Holiday in 3D in November, proving one’s time to live is too precious to squander.

“We had been talking about doing a new CD for about a year,” Maricle reveals, “and finally in January 2020, we decided the time was right, so we recorded some of our favorite music and arrangements.”

“Every song/arrangement on this recording,” Maricle broaches, “has been in our repertoire for a few years and we’d been playing them, and many others on tour. With the exception of ‘Angel Eyes,’ (that was fairly new and dedicated to Amy Shook’s mother who recently passed) these tunes were deeply imbedded in The 3D Jazz Songbook. We simply selected some of our favorites for inclusion on the CD.”

She describes, “We recorded at Red Rock Recording Studios in Saylorsburg, Pennsylvania, a place we have all worked before.  We love the studio, engineer/owner Kent Heckman and ‘vibes,’ so the process was wonderful and comfortable…the best environment to swing.  As with 95% of our work, we are always traveling, so ‘home state’ doesn’t really have a impact on touring musicians, unless of course we’re playing in Pennsylvania, Maryland or Ohio near one of our houses…then we can sleep in our beds instead of a hotel.” 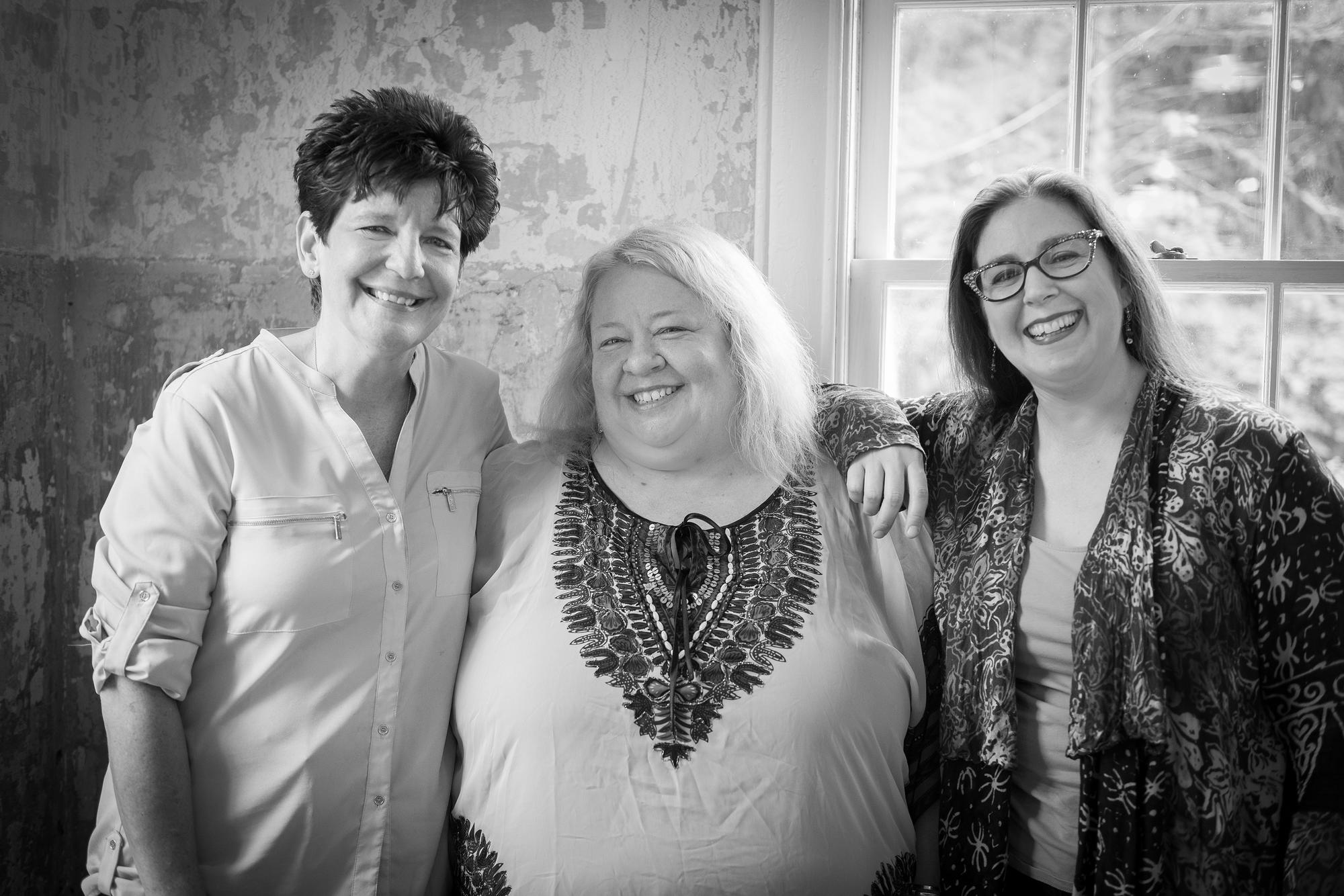 Though their own beds are each in a separate part of the US, 3D Jazz Trio’s bond is not dependent on being next door neighbors.  “We didn’t meet-up again,” Maricle reminds audiences, “as we have been playing and touring together since 2014. Obviously, the pandemic canceled 99% of our 2020 performances, but we still have a few dates on the books – fingers crossed!”

She sheds light on the bond that keeps the trio together. “We all love to swing; we’re passionate and dedicated to that goal and we all feel the beat-groove-time in a similar manner that really works well when we join forces. We are also very close friends, and that adds some extra love.”

Plus, she adds, “We do a lot of educational workshops together and all 3 of us have learned from each other and our collective knowledge, hopefully, brings a lot to every educational situation we’re in.”

One source of outreach for the trio has been social media sites, which have proven to be resourceful in teaching prospects as well being able to showcase the trio’s live performances. “The YouTube channel is a great means to showcase our best work,” Maricle purports, “easy access and free for all…amazing!  We also have an excellent website with many more details than YouTube. We also like Facebook, Instagram and Twitter. Now we are also using Zoom to create virtual events.”

Social media sites are very much in their developing stages as people are still learning their value.  Maricle notes, “I have a PhD from New York University. I am not adept at using technology to create or perform music, but because of the pandemic, platforms like Zoom have been extremely important to stay connected and ‘share music,’ although obviously not it the traditional sense. Of course, YouTube has made the study of jazz so much more accessible and comprehensive than ever before. I have gone down many a YouTube ‘rabbit hole’ in my recent studies.” 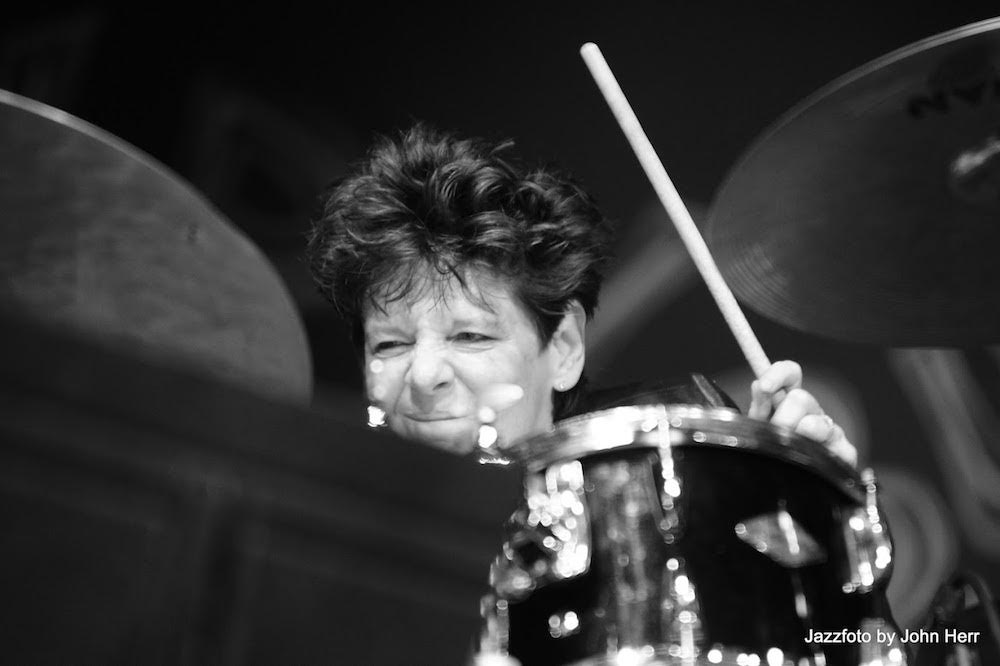 With technology making tremendous advancements in reaching audiences and facilitating homemade in addition to studio recordings, Maricle stays true to her roots and maintains she “100% play(s) an acoustic drum set tuned for acoustic music – jazz.  Even if broadcasting on Zoom and Facebook live, you will hear my real drum set.”

Keeping up with music technology’s progress, she considers, “I am thinking about getting a more advanced sound system to translate better over the internet.”

It is not likely her drum kit will be anything other than acoustic as she remembers how she got started as a drummer.  “When I was 11 years old, a teacher took me to see Buddy Rich and hi Killer Force Orchestra at the Forum in Binghamton, New York. As soon as the band started playing, I got goose-bumps; all the hair on my arms stood up and I was hooked for life! I ran home and told my Mother I was going to be a drummer, and it’s all I ever wanted to do since…and I’m VERY grateful my life’s passion, work and focus was revealed to me so early.”

“I didn’t decide,” to play the drums, she asserts, “the drums chose me. Once I heard Buddy, it was my dream mind, body and soul.”

Another turning point in her life was becoming the music director for Maurice Hines.  Her union with Hines began thirty years prior as she recalls, “I met Stanley Kay (Maurice Hines’s manger and founder of The DIVA Jazz Orchestra), Maurice Hines, and Skitch Henderson (founder of The New York Pops), on the same performance in May of 1990. From that single night, I started working with Maurice.”

Maurice Hines, the older brother of Gregory Hines, the prominent actor and dancer who starred alongside Mikhail Baryshnikov in the 1985 film White Nights, is an established actor, director, singer, and choreographer in his own right.   He made his own film debut in Francis Ford Coppola’s 1984 drama The Cotton Club.

Maricle describes about Hines, “He is the most genuine, creative, spontaneous, charismatic performer I’ve ever worked with. He is diverse in his abilities from tapper to singer, choreographer, director, producer, actor, writer and more. He LOVES the audience and wants to bring them joy…and he does! And he always delivers the ‘truth’…the best he has to offer.”

Also from that union sprung the birth of the DIVA Jazz Orchestra, which Maricle leads.  She recounts, “DIVA was formed and I started performing with The New York Pops. Prior to that I was a busy freelance performer, playing everything from the circus, weddings, comedians to subbing on Broadway and more.”  The DIVA Jazz Orchestra released their 25th Anniversary recording in 2018.

Through her work with the New York Pops, she explains how she got involved with the Ronald McDonald House in New York, “A Board 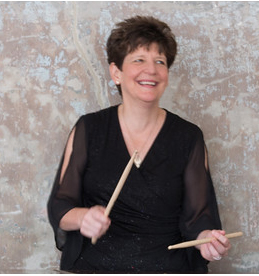 member of The New York Pops is also a Board member of The Ronald McDonald House – New York. She asked me to start a music program at the house. The house program director asked me to create a music program to reach out of the house, to their hospital partners. So I created Musical Magic in 2012. We do 1 themed concert per week at a different hospital in New York City. The bands are usually trio – quintet and we also involve dancers, artists, puppeteers and more.”

She examines, “Every musical experience helped inform me as a performer; either what to do, or what not to do.  Experience through a wide-variety of musical genres creates a deep reservoir of information on which you can continually draw. The goal is to keep adding to the reservoir.”

Adding to her reservoir of informational material and life experiences has taken on a new form as she admits, “due to the pandemic…and I still plan to remain a drummer and band leader; however I am VERY passionate about hiking  – environmental issues (National Parks) and animal rights…so I may ‘up’ my involvement in those 2 areas.”

Sherrie Maricle surely has not squandered her time but built a life for herself, finding her niche as a drummer, bandleader, educator, and maybe shortly as an activist to preserve national parks.  Wherever the road leads her, Maricle will treat each moment as something precious, not wanting to waste a single second of the gift given to her.  That being her own life.