Dave Stryker: A Guitarist on a Mission 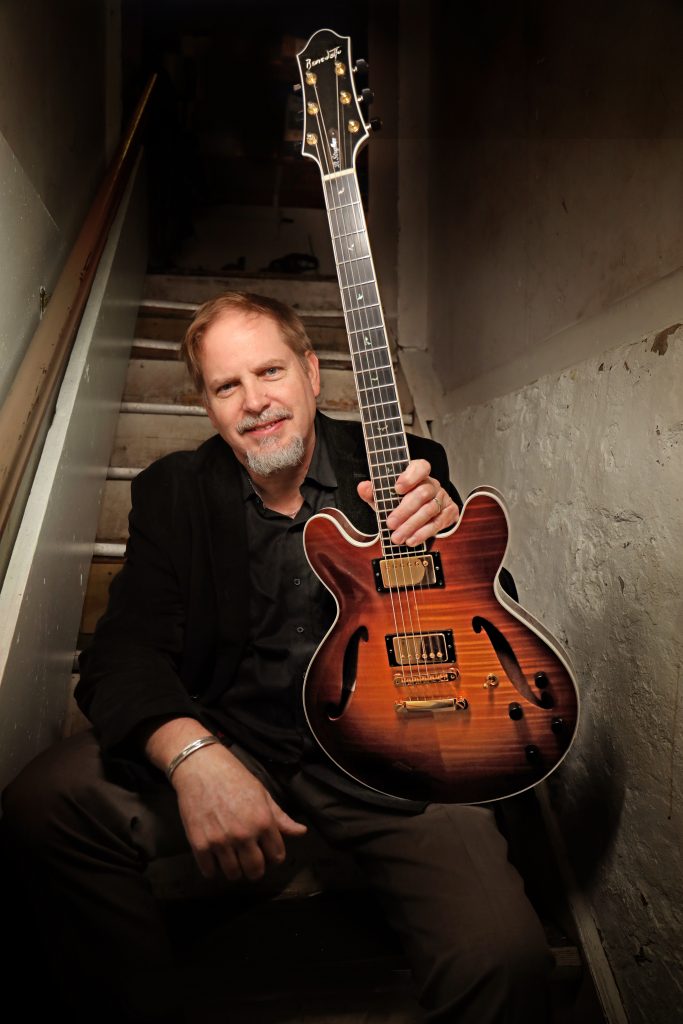 What does one do when he has a discography as a leader and collaborator the length of a full page ad in the New York Times newspaper?  If he is guitarist Dave Stryker, he adds to his discography and begins filling up another full page in the 1 foot 10 inch long Times.

Stryker’s latest release Eight Track III is the third installment in his Eight Track series and his 30th recording as a leader.  He provides, “This is my 3rd Eight Track project where I do my arrangements of ’70s tunes from the Eight Track era. I like doing these every few years to mix up with my original projects. People seem to enjoy hearing melodies from these popular pop hits redone in my jazz perspective.”

This particular journey began with the release of Eight Track in 2013, recorded by Stryker’s trio of organist Jared Gold and drummer McClenty Hunter.  They returned in 2016 to record Eight Track II, adding vibraphonist Steve Nelson into the mix.  Presently in 2019,  the five piece ensemble came together to complete the trilogy.

The recording contains such treasures as Burt Bacharach and Hal David’s hit song “This Guy’s in Love with You” and Stevie Wonder’s “Too High” to name a few.   Stryker’s spin on the tracks offers audiences a melting pot of sounds, to which he answers, “That’s part of jazz.  All the instruments combined and supporting and creating together.”

He is supported on his project by Stefon Harris on vibraphone, Jared Gold on organ with McClenty Hunter on drums, and Mayra Casales on congas and percussion contributing to a few of the tracks.   “Jared and McClenty are in my working group,” he cites.  “Stefon was on the first eight track album. The addition of vibes to an organ trio gives a unique sound. Mayra’s colors are an added treat.”

A track that rises above the rest for its soothing vibrations is Stryker’s rendition of “We’ve Only Just Begun,” originally penned by Roger 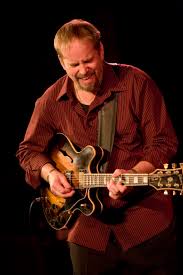 Nichols and Paul H. Williams.  Stryker’s treatment of the pop tune shares the main motif with Harris and Gold for what he commends, “All has to do with arranging the tune in a new fresh way with different colors from the different instruments.”

Track after track is tailored to fill listeners with uplifting sensations.  “The music has a positive feeling,” he notes, “which is needed right now more than ever.”

He tells in a press release from his label Strikezone Records, “The Eight Track projects have been not only fun, but musically rewarding.  Playing these classic melodies from the ’70s has been a great way to connect with people and bring more people to the music, whether they remember the songs or are just discovering them, I enjoy the challenging of finding my way into these tunes by putting my own stamp on them through the arrangements and playing.  Besides, I had an Eight Track player in my van in high school and spent many hours listening to everything from Miles to Coltrane to Santana and Marvin Gaye.” 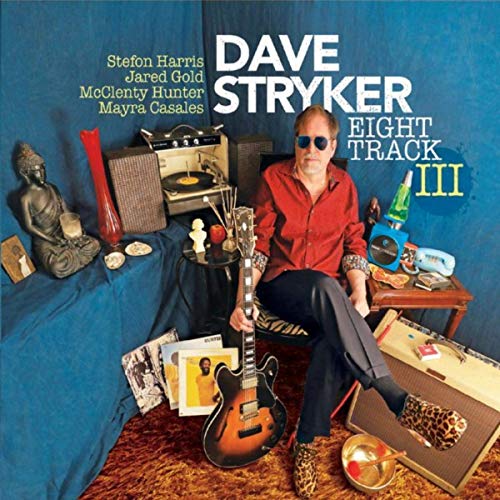 Promotion for the recording will include radio airplay and live performances as Stryker reveals, “We have a lot of gigs coming up to promote the new record.”

A veteran of both playing in intimate clubs and at music festivals, Stryker likes it all.  “Playing in a smaller club is more intimate and the audience is really a part of the performance,” he remarks.  “Festivals are also fun. They are both enjoyable. We enjoy bringing our music and positivity to the people.”

A guitarist on a mission, Dave Stryker set out to revisit the music of his youth and put his own imprint on those arrangements.   Eight Track III marks the completion of Stryker’s trilogy with a sonic homage to the era of eight track tapes and the music featured on them.   His love of the jazz repertoire is not just about playing and composing jazz standards but it also encompasses his creative leanings to re-interpret tunes regardless of where they come from using jazz-inspired trimmings.  Growing up in Omaha, Nebraska, he moved to New York City in 1980, and continues to hear music through the ears of a jazz tunesmith.