Jazz improvisation is one of those musical styles that reach across borders of nations. Its origins are native everywhere from America to England, from Canada to Japan, from Poland to New Zealand. Born in the border town of Szczecin, Poland, Michal Martyniuk and his parents moved halfway across the globe to New Zealand when he was a teenager. Packed along with his suitcase was Martyniuk’s musical ideas and talent as a nimble-minded pianist. Perhaps most importantly, he took with him his fondness for songwriting in collaborative formations and a desire to bring these improvised specimens to audiences where jazz improvisation is welcomed and can be found everywhere.

Following his 2018 solo release, Nothing To Prove is his latest solo release Resonate. A title that he remembers was spurred by a comment made by an audience member. He describes, “After our gig at the Java Jazz Festival in Jakarta, a journalist came to me and said, ‘I see that your music resonates well with people.’ I was delighted to hear that. When I play live, I want everyone to be part of it. I want people to feel welcome and understand what is happening, even if they don’t listen to jazz. I want my music to resonate with people.”

Joining Martyniuk on Resonate are band members that he had played with on his previous solo release. A harmonious relationship forged between himself and saxophonist Jakub Skowroński and guitarist Kuba Mizeracki. The rhythm section is split between drummer Ron Samsom and bassist Cameron McArthur in New Zealand, and drummer Kuba Gudz and bassist Bartek Chojnacki in Poland. Martyniuk attests, “These are my best friends. We have known each other for many years. They all played on my previous album called Nothing To Prove. I feel we have a special connection when we play. We have a lot of fun on stage when we are together. They are all super talented, and I am honored to be working with them.”

Their talents shine on the track “The Opening,” a soothing piece that resonates with the audience’s need for moments of deep introspection. Martyniuk calls to mind about the composition, “‘The Opening’” is a track I had written in New Zealand for my New Zealand trio, Ron Samsom on drums and Cameron McArthur on double bass. I wanted to write something catchy and straightforward, which would be a good introduction to our music. I have arranged the tune, but I never tell them what to play. I bring the chord chart, and we play.”

The collaborative atmosphere that Martyniuk fosters in the studio stokes the tinder to create jazz-inspired improvisations. One of the crossroads that musicians face when playing extemporaneously is deciding when a track is finished, and it does not need any more edits. Martyniuk provides how he measures when a piece is complete. “It is always different for me,” he determines. “Sometimes, I have the whole idea in my head. The other times I like the music to give me directions while playing.”

Collaborating in a jazz combo produces interesting moments as he discusses further the recording and points out a memorable experience. “That was a crazy session when we recorded ‘Good Bad News,’” he admits. “We had only a few hours to record, and it was very early in the morning. ‘7 AM’ was the other track from that session. I didn’t know if we will capture anything worth keeping, but it turned out to be a good day, and I have decided to keep the tunes and put them on the record.”

He assesses, “I wanted this album to be more versatile than the previous record. I wrote for the trio, quartet, and quintet. Kuba Skowronski is an amazing sax player, and I often write melodies thinking of him, but I also wanted to write something for the guitar. ‘7 AM’ is a tune I thought Kuba Mizeracki would feel comfortable on, and I was right.”

The music of “7 AM” glitters softly, launched by Mizeracki’s guitar parts, rousing statuesque streaks across the track as Martyniuk’s keys play alongside, sowing rattling beads of light. Skowronski’s saxophone beams intermittently, adding texture, depth, and a breezy brass-soaked facet to the composition. Movements are nimble and fluid, making for a consistent theme in the recording. 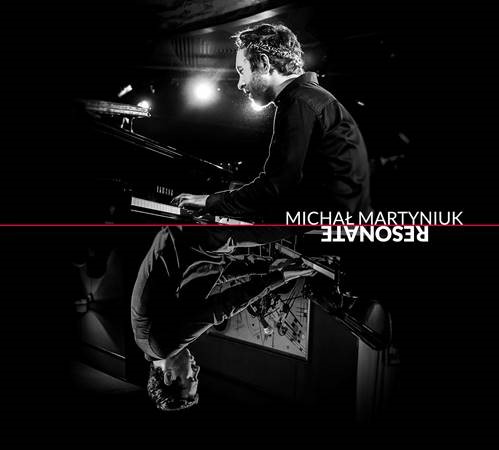 He reflects on another track on the recording, “Awakening,” that demonstrates the nimble workings of his mind, communicating his vision to his fingers, transcribed in the language of the piano keys. “‘Awakening,” one of the tracks on my album, was inspired by polish folk music that I remembered from when I was young.”

The fusion of polish folk with jazz improvisation is a partnership of traditional influences with models imagined by a new generation of musicians. Martyniuk melds the music of his birthplace with the music of his adopted country. The result is an integration that audiences can relate to as having world music characteristics.

Martyniuk examines the differences between the music of his birthplace and that of his adopted country. “New Zealand is a much smaller country with different traditions, although in both countries there are strong traditions coming from their cultures. I was able to meet and play with the original Māori in New Zealand. They have a beautiful language, and their music is filled with love and passion. In Poland, of course, we got polka that originated in the middle of the 19th century in Bohemia, now part of the Czech Republic, but there is a lot of other beautiful folk music that has influenced jazz in Poland.”

He declares, “There is a huge jazz scene in Poland. Jazz in Poland is doing very well. We have great education programs for musicians and lots of clubs where you can play live.”

He reminisces about the time when his parents made the transition from Poland to New Zealand while Martyniuk was a young man. “My parents are very open-minded,” he prides. “I remember at home; we always talked about moving someplace different in the world. Somewhere where the sky is blue, and the sun is shining all year round. They chose New Zealand. Last year, they moved to Australia. I admire them for following their dreams. and I am happy that they gave me opportunities to see the world.”

Throughout his upbringing, Martyniuk was encouraged to play music by both his family and outside influences. He recalls, “Music was always playing at my house. My dad has a huge music collection. My first influence was Lyle Mays. I fell in love with the piano. I knew I was going to play this instrument for the rest of my life.” By the same token, he asserts, “I was always encouraged by my teachers to work hard. I feel I owe them a lot for pushing me more and more each year.”

Looking back through his childhood, he cites, “My grandfather was a concert pianist. He was a classical player. He gave me my first piano lessons, and I quickly got hooked. At the age of 8, I went to the school of music, and I began my musical journey.”

“For many years before deciding to pursue my solo career,” he retraces in hindsight, “I was working as a session musician. From the early years, I was part of many projects. I think this is a great way to learn how to work with people in a band situation and also in everyday life.”

Along his travels, he discovered the world stage of jazz festivals. “I was fortunate to travel the world and play at some of the biggest jazz festivals in the world,” he treasures. “I remember playing at the Montreux Jazz Festival in Switzerland with a band from New Zealand. It was a great experience. From then on, I decided I wanted to travel the world and play these festivals, making my original music. I was going to give it a go! That was almost ten years ago.”

A more recent festival setting that he performed at was the Made In New York Jazz Competition, which he recounts fondly. “I always dreamed of coming to New York City and doing a gig. When I found out about the competition, I wanted to give it a go. I had some videos made with my trio, and I submitted them for the competition. I didn’t think I would get to come to New York and play my music together with John Patitucci, Randy Brecker, and Francisco Mela. It was a dream come true. I feel everything happens for a reason. This experience gave me so much courage and energy to keep going.”

The courage he harnessed over the years became the motivation that propels Martyniuk to play beyond the borders of his birthplace and adopted country. He reveals, “The goal for the next year is to travel with my band and share our music with the people in different parts of the world. I hope we can continue to record together in the future, but for now, we are going to focus on playing. Of course, there is still much work to do promoting the album and finding gigs. I feel positive about next year.”

Michal Martyniuk shows that jazz improvisation does not have one particular home but can be found anywhere and everywhere. The music originates from inside the musician regardless of where that musician is raised and performs. Thus, jazz improvisers can collaborate with other jazz improvisers from every corner of the world. Figuring out musical phrases, bridges, and transitions at the moment makes life unplanned, unexpected, and independent of requiring instructions. It is the ultimate in free-thinking and freestyle playing, and the result of jazz improvisation and collaborative formations.