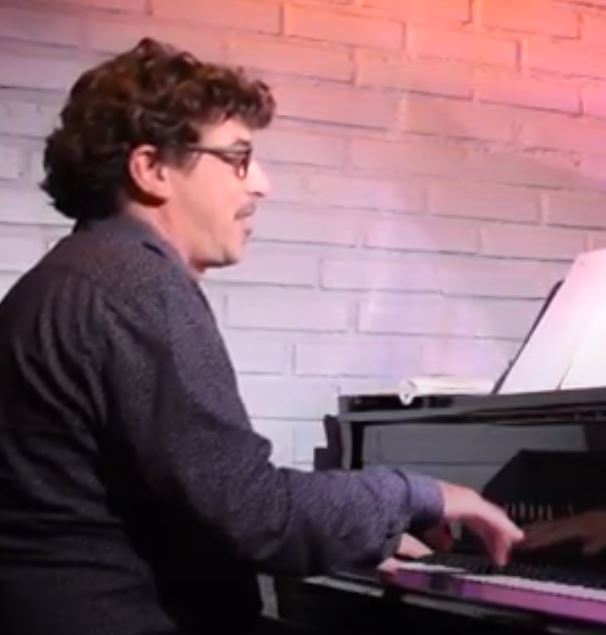 Playing in a jazz collective offers each member collaborative opportunities to open up their imagination, contribute, and react to the other member’s input. It is a microcosm of life, and pianist, composer, and bandleader Sebastien Lovato views his music as reflective of the exchanges and patterns of growth that come with life.

He professes, “I have always loved the collective aspect of jazz: playing in a group, dialogue, interaction, improvisation…all this is life.”

His latest recording, For Virginia, flexes Lovato’s talent to congregate with other musicians and play off one another. It is a skill that his musical influences, such as Errol Garner, Miles Davis, and Charlie Mingus, practiced and honed.

He considers, “When I first discovered jazz music, I was 8 years old. My parents listened to a lot of music at home, mostly classical,but there were some good jazz records too. And one artist surpassed all the others for me at this time: Erroll Garner’s album Magician. I listened to this record over and over again 🙂 Later, when I was 15, I used to go to a record store very often, and there I bought my first jazz records: Kind of Blue [from] Miles Davis and Tijuana Moods of Charlie Mingus. From this moment, I dived into jazz music.” 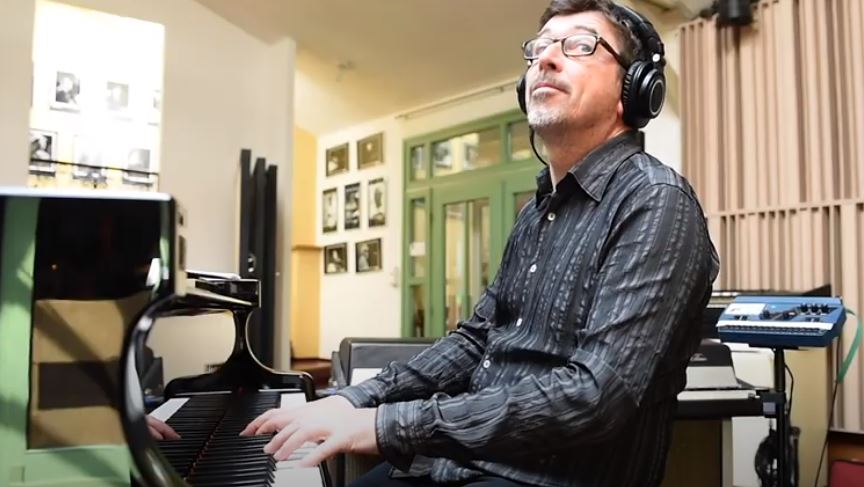 Virginia Woolf. It is this companionship between jazz and the writing style of Woolf that inspired Lovato to name his latest recording, For Virginia.

He submits, “The language of Virginia Woolf is very close to poetry and music..there is really a music in her sentences, in the choice of words, in the repetitions. Her writing explores the flow of consciousness, the random path of thoughts, the repetition of memories, the unconscious images that arise suddenly in what she calls ‘moments of being.’ All this is connected to jazz music and improvisation; the jazz musicians experience in real-time what she describes with words.”

An essential factor in Lovato’s recording is choosing musicians that fit his project. He explains how he selects his musical partners. “When I choose musicians for an album, it is, of course, for their artistic and musical sensitivity but also for their human and relational qualities. I need to feel common points, convergent tastes, but I also need to be surprised and stimulated by them. The music is more natural when you have a good feeling with the other musicians of the group. You trust each other.”

He inserts, “I would like to mention the musicians of my last album For Virginia but also of the two previous Music Boox, Volume 1 and 2, because,” he commends, “these artists are all exceptional. Music Boox Vol 1 and Vol 2,” he provides included, “Karl Jannuska (drums), Marc Buronfosse (double bass), Alexandra Grimal (tenor and soprano saxophone), Sébastien Texier (alto saxophone, clarinet).” 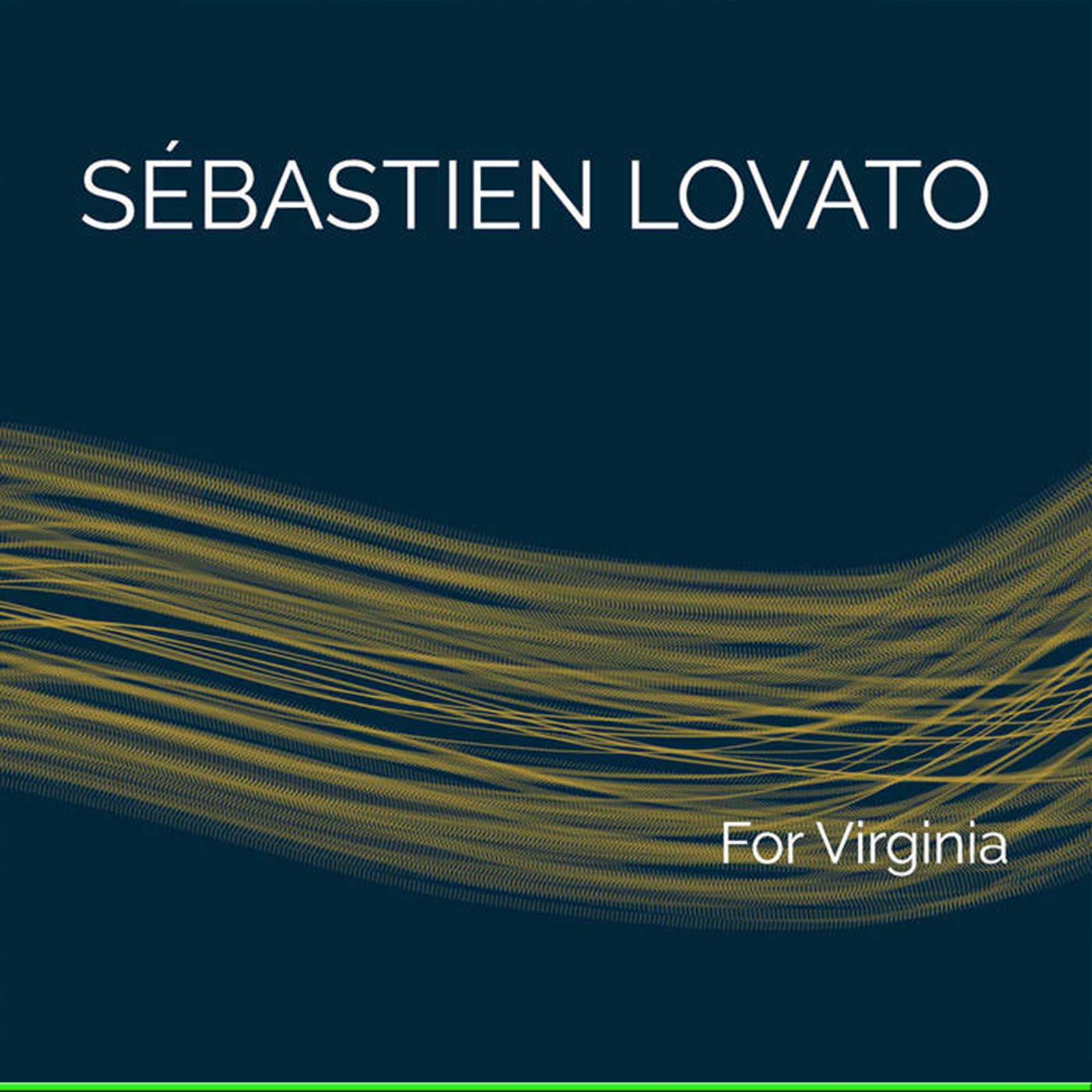 He reveres, “Mesa studio is the studio where I recorded the first Music Boox. It’s a small recording studio but where many jazz bands have recorded. The sound engineer, Charles Frossard, was very efficient…rest in peace, Charles,” he intones.

“After[wards], I recorded the other CDs,” including For Virginia, “in the studio of Meudon. Excellent also and very sought after by the pianists, in particular with two pianos of concert, Steinway and Fazioli. The sound engineer is the talented Julien Bassères.”

For Virginia consists of a compilation of covers and original compositions. One original work is “Licornes,” which Lovato describes, “‘Licornes’ (‘unicorns’) was very quickly written. The basic pattern is a repetitive sequence in triplets played on the keyboard on 4 chords. On top of that, a simple melody played on the trumpet. I wanted to create a hazy, soaring atmosphere like a fantastic tale…Virginia Woolf also liked to introduce the marvelous and the unexpected in her writings. There is also, in this composition, a correspondence with water, the sea, the waves…The Waves, Virginia’s novel. The leitmotiv played on the piano at the beginning can evoke the flowing of water or the waves dying on the beach.”

Another track on the recording is Lovato’s memorable re-interpretation of Bob Marley’s iconic tune “I Shot the Sheriff.” He explains how the idea of the cover entered his mind, “Originally, I wrote this arrangement of ‘I Shot the Sheriff’ for my pop/rock piano students in order to make them work on chord progressions specific to jazz 🙂 In fact, I ‘jazzified’ this song…and I love this song. I like the groove of reggae music. In my version, there is also a lot of improvisation on the Fender Rhodes with effects added on the keyboard in studio.”

Lovato and his partners also deliver a stunning rendition of “Amazing Grace” on the recording. He remarks about the track, “It seems 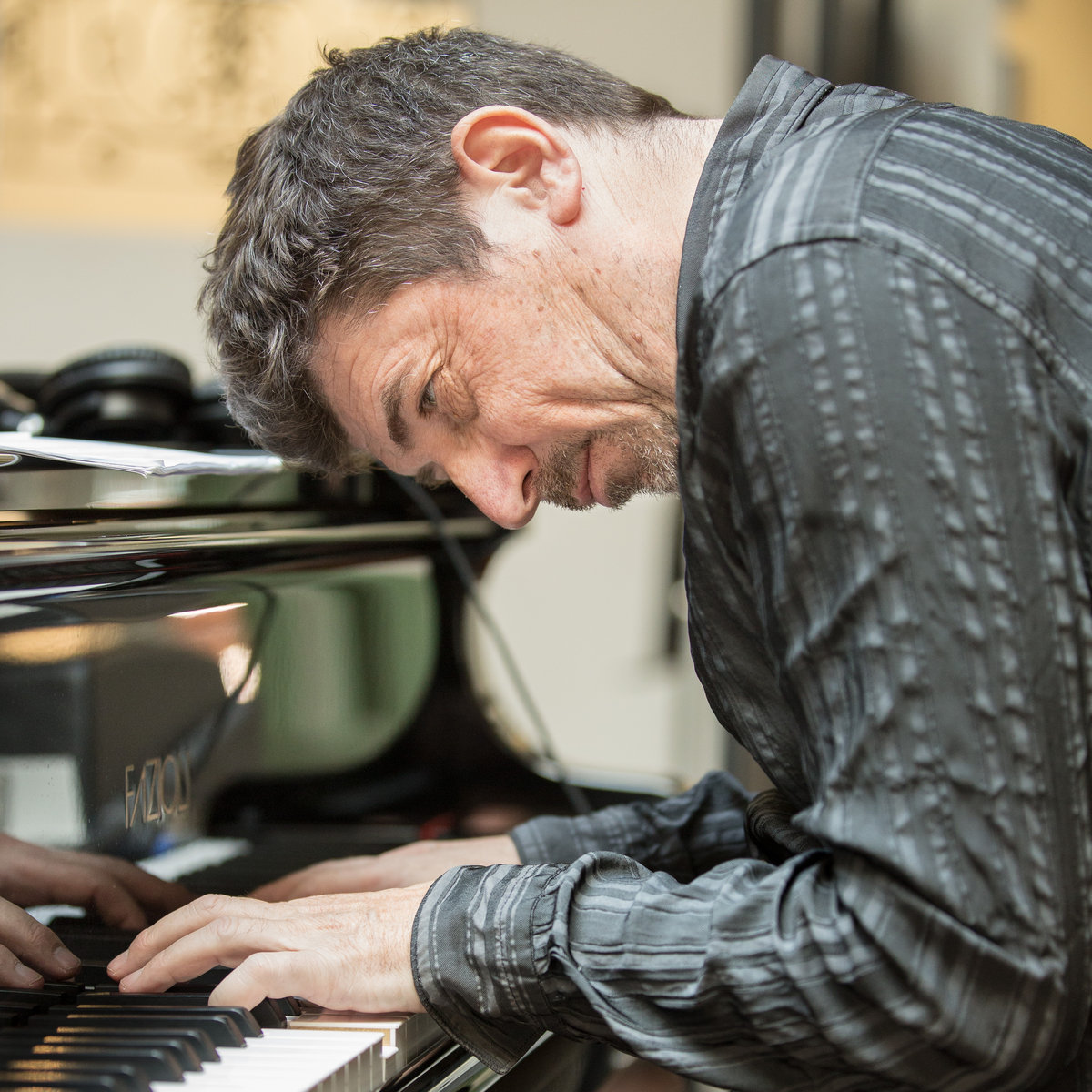 that ‘Amazing Grace’ is a bit of an intruder in the repertoire of For Virginia, but I wanted this popular theme, which celebrates joy, and in which, everyone can find themselves. In addition, we play it with a second-line rhythm from the New Orleans style. It is also my tribute to the roots of jazz.”

Lovato’s roots for playing jazz can be traced back to his youth when he discovered the piano. “I started the piano at 7 in the music school in the town where I lived in the southwest of France,” he recalls. “There was a piano in my house, and I used to tap on this when I was around 5, I think. I liked the sound of this instrument. I liked the physical contact between fingers and the ivory/wood of the piano.”

He repeats the question posed to him, “Why do you feel you can communicate your thoughts best with the keys” and comments, “is a very, very, very…….very good and hard question 🙂 Actually, I don’t know…It s easier for me to play and express feelings with the keys than to speak or write and finding the words.”

He recounts, “I learned classical music. I studied for 8 years in this school, then I stopped. I was fed up with classical. I was a teenager, and I needed something else at the same time. So I discovered jazz music with the records, and of course, I listened to pop/rock too. And I met some musicians in my town.”

“Everything happened during my teenage years,” he reminisces, “when I left the conservatory and started to rehearse and play with musicians from my town…some of these musicians were older and more experienced than me. So I learned a lot from them in these years between 15 and 18. After that, I knew I would become a musician. It was also my first concert experience, very exciting and stimulating.”

Performing live gave him the encouragement to study jazz through college. He furnishes, “The CIM school founded by Alain Guerrini during the late ’80s in Paris was one of the only two jazz schools with the IACP [Institute for Art, Culture, and Perception) founded by Alan Silva. It had an excellent reputation with very good teachers. I joined the school when I was 19. I stayed there for two years in a professional cycle. I had already learned a lot by playing with bands and learning harmony with methods by listening to records. I went deeper into all this, and of course, I discovered many other things. Maybe the most important: I have built a network of musicians and friends.”

Building a network of musicians and friends offered him the encouragement to write original works and create improvisations while tweaking other artist’s works. “I have always composed,” he asserts. “Of course, in the beginning, they were drafts not necessarily interesting, but I worked on it, regularly writing down ideas on music paper. For me, composing is a natural extension of being a musician. I’m not saying it’s easy :)”

“When I started in music,” he remembers, “it was also with the idea to create, to compose, to propose original projects to the musicians and the public. My influences, especially for the compositions and the personal universe, are mainly these great artists: Bill Evans, Herbie Hancock, Wayne Shorter, Joe Zawinul, Keith Jarrett, Dave Holland, Pat Metheny, Claus Ogerman, Edward Simon, Robert Glasper, Aaron Parks, Ben Wendel. In classical music, my sources of inspiration are Bela Bartok, Gustav Mahler, Maurice Ravel, Claude Debussy, Olivier Messiaen, Serguei Prokofiev, Philip Glass….and Cuban, Brazilian music too. I try as much as possible to listen to new music from the whole world.”

Sampling a broad range of music has been the impetus for Lovato to broaden his skills as a pianist, composer, and leader. Regarding

his growth as an artist, he reflects, “I just hope to keep getting better and better. I work on my instrument regularly. I search. I write down ideas…I think about music constantly. I try to become better, to progress…music, jazz, is my shelter.”

Highlighting the quote coined by Lovato that “jazz is my shelter,” it is playing jazz that has enabled him to express himself in a physical form, providing audiences insight into him. In addition, working in a collaborative environment offers him and his partners opportunities to express their individuality and be a catalyst for one another. Their microcosm mirrors life, relatable to the exchanges and patterns of growth that come with living with others.