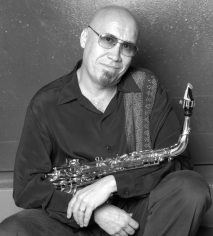 A prolific saxophonist, flutiest, bandleader, and composer, Steve Slagle finds inspiration to play music veritably every single day.  He is a man always on the move, finding new music, new cultures, new experiences, and new friends along the way.  His latest recording as a leader, Spirit Calls from Panorama Records, is comprised of an assortment of covers and originals by Slagle, featuring him mainly playing the Bansuri flute with one arrangement, the title track, showcasing his nimble dexterity on his signature alto saxophone.

He writes in an email interview, “I wrote ‘Spirit Calls’ on sax.  It fits my alto perfectly and I’ve played it on every gig since I wrote it.  So, I had to fit it in on this ‘to do flute’ project anyway. We did it in one take! For me it’s a standard.”

Since his start as a recording artist and live performer in the late 1970’s, Slagle has chiefly played the alto saxophone.  What makes Spirit Calls so unique in his lengthy repertoire is he plays the flute on 9 of the 10 tracks.  Not just any flute from Sam Ash music store but a Bansuri flute that has special meaning to Slagle.

He shares, “[My] Bansuri bamboo flute was a gift from a great Indian musician to me many decades ago, and as you can hear, this simple six hole instrument — one of the first instruments human beings ever played — gets a huge fat full woody sound on a level with any ‘modern’ 15k silver/gold flute.  And that’s saying alot!  I have studied it for years but rarely play it live as it’s too easily damaged, and I can’t easily get to India to find another as good!”

Joining Slagle on the CD are drummers J. Tiemann and Roman Diaz, bassist Ugonna Okegwo, and pianist Keith Brown.   What makes this team a perfect combination, Slagle praises, “These musicians are all great in their own way and I chose them as the best of the New York musicians I know. Jason and Keith Brown are relatively new on the scene. Ugonna is well documented as New York’s best, and Roman is a legend in the world of Cuban percussion. What a band! I call it STEVE SLAGLE’S A.M. BAND.”  AM referring to the early morning hours of the day when jazz musicians are notorious for being most creative and most likely to be found jamming with other creative minds.

On one cover, “Luiza” penned by Antonio Carlos Jobim, Slagle is joined by pianist John Scofield.  He tells about the union, “John and I became friends very young as we were both in Boston going to Berklee and born the same year.  We have stayed friends and [have] done live performances together but this was our first recording released on a label. When I was in Brazil doing Rio Highlife, I went to see [Antionio Carlos] Jobim in concert.  His pianist, as a friend, gave me the original chart to this one of his last monumental compositions. I always wanted to record it on flute in my own way.  I don’t play it in 3/4 time as Jobim wrote it.  Sco was the perfect partner.  I really love what we captured on this cut!!”

On another cover, Keith Jarrett’s “De Drums,” Slagle creatively fashions the flute to play Jarrett’s piano parts.  He admits, “Yes, I arranged that piece for flute for this recording.” 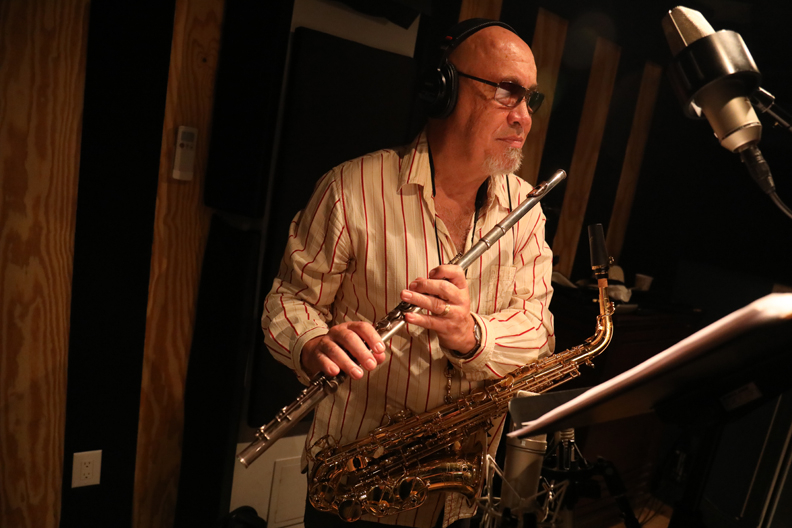 He reccalls the influence that Jarrett’s band members had on him, and how their creativity made an impact on Slagle’s own skills as a composer.  “I met and played with Dewey Redman, Charlie Haden, and Paul Mortian when I did Charlie Haden’s Liberation Music Orchestra in the ’80s  [for the recording] Ballad of the Fallen [from] ECM [label].  After that Dewey and I got together at times to jam and hang out as we lived near each other in Brooklyn.  I learned alot from him as a musician and friend. The work they did in Keith Jarrett’s band inspires me to this day. It’s great! Also, as you can tell with two drummers on my recordings, I like de drums…..!🤗”

According to Slagle’s biography on Wikipedia, he was born in Los Angeles and grew up in suburban Philadelphia.  He received a Downbeat scholarship at the age of 18 to attend Berklee College of Music in Boston.  One of his teachers from that time of his life remains in his life today.  “Charlie Mariano was my first teacher in Boston,” he notes warmly, “and we stayed friends.  I still think of him and his great musical mind. He wrote a book on Indian Music.”

After Boston, he moved to New York City in 1976 and earned a Masters degree in Music from the Manhattan School of Music.  He got his start as a live performer in the Big Apple working with Machito and his Afro-Cuban Orchestra, followed by touring with several jazz luminaries including Lionel Hampton, Woody Herman, Cab Calloway, and Stevie Wonder.  He began leading his own jazz combos by the 1980’s, first with guitarist Mike Stern and then with guitarist Dave Stryker. 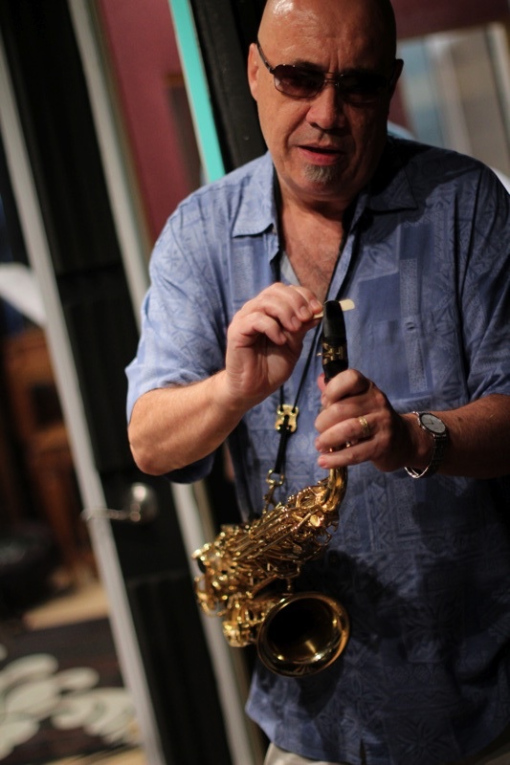 His first recording as a leader was on Japan’s Polydor Label.  He continues that relationship as endorser of Yanagisawa saxophones from Japan, as well as being a long time endorser of Vandoren (Dansr) Reeds.  For many decades, the 1970’s thru the ’90s, Slagle favored the alto saxophone but he reveals that the flute had always appealed to him since his youth.

“Although, I started at 10 years old in Gardena, California on alto saxophone,” he reflects, “by my teens I was also into flute.  When [at] 18 at Berklee, I got a Haynes flute from the great company in Boston and have been playing it ever since. To me,” he discerns, “flute is more like a trumpet than a saxophone.  The skill and chops are more in line with what trumpet players have to deal with. There is no reed and it’s only the mouthpiece and high register [that] is a bitch! I love it! Also, flute has hundreds of years of classical history and I have studied that also, which helps make [me] a total flute player.”

Performing live is another part of being a total musician, and Slagle embraces that part of the profession wholeheartedly.  “As I write this,” he explains, “I am leaving at 8 am to fly to San Francisco to play with Joe Lovano Nonet.  I will do an interview for KSCM, a Bay Area radio [station] on Sunday, March 17th for Spirit Calls as Chuy asked me.  Of course, I love to hear the record played and love playing live to support all of my records.”

A total multi-tasker as well as a total musician, Slagle proclaims, “I am a writer and so already have a number of new things to record next. I recently wrote a different kind of ballad in 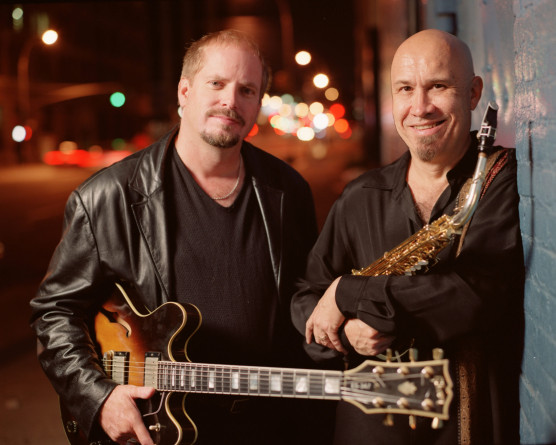 remembrance to my friend M. Brecker, which I want to record soon while it’s fresh and also a ‘second line blues’ in G, a funky key that goes free! Yes, by the time one record is out I am already into the next one….as usual it will be alto and some flute. But I am really thrilled to have produced this flute recording.  Something I was asked to do, and also have always wanted to do!  I don’t think of it as ‘doubling’ but just another complete voice that is mine to discover things on.”

Slagle’s writing is not merely captured in music but he has also written a book, Scenes, Songs and Solo’s from Schaffner Press, which contains many of his compositions and his ideas on music.  Slagle has served on the faculty of Manhattan School of Music as well as having associations with Rutgers University in New Jersey, the New School in New York City, and SUNY Purchase.  He teaches master classes and clinics locally and worldwide. And so, Slagle’s never-ending journey continues.