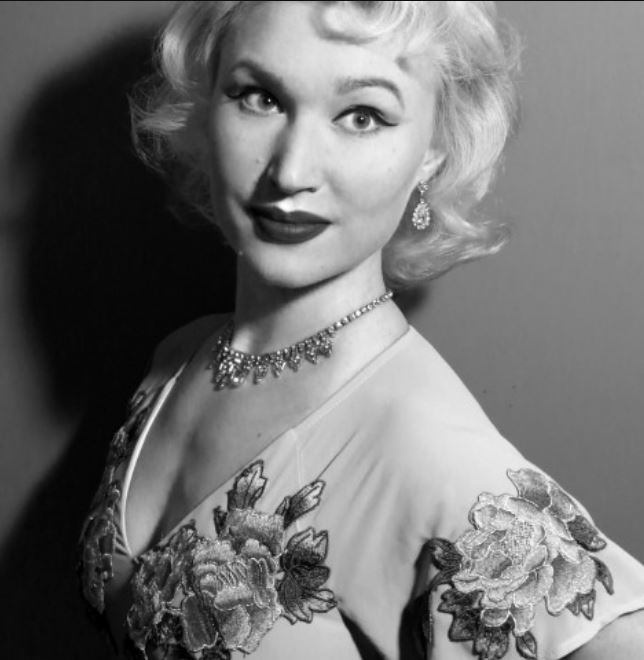 Endowed with the glamorous looks of a Classic Hollywood starlit and possessing a voice that seafarers would swear is the siren that sings from the cliff top of the Lorelei on the right bank of the Rhine River at St. Goar in Germany, Allyson Briggs’s gifts are plentiful.  She is the songbird and bandleader of the vintage swing jazz band Fleur Seule, translated to “only flower.”

Based in Manhattan, Fleur Seule is a young group that embraces the nostalgic tunes of swing music, bossa nova, and jazz standards from the Great American Songbook.  Though jazz connoisseurs might view Fleur Seule as keeping classic melodies relevant, another set of listeners will see the band as moving the tradition of swing jazz forward, merging the melodic style into the yoke of modern jazz.

Fleur Seule is Briggs’s own creation as she informs audiences, “I started my own band in 2013, and as I created my own style and repertoire, I decided this name [Fleur Seule] embodied what I am about. I sing a lot of French repertoire and it just fit.”

As a sole flower, Briggs must have pondered what does a thriving flower need to remain vibrant.  Fertile ground to nurture her is certainly one factor she’d need.  She set on a course to find that fertile ground by recruiting like-minded musicians, who became her band.  Joining Briggs are Andy Warren on trumpet, Jason Yeager on piano, Michael O’Brien on bass, Paul Francis on drums, Richard Miller on guitar, and Ivan Llanes on percussion.

She recounts how she discovered her band mates, “The musicians network is an old school system – You get recommendations by other players and when you find a good fit, you keep calling that musician. We’ve played hundreds of gigs together at this point, so it’s going well!” 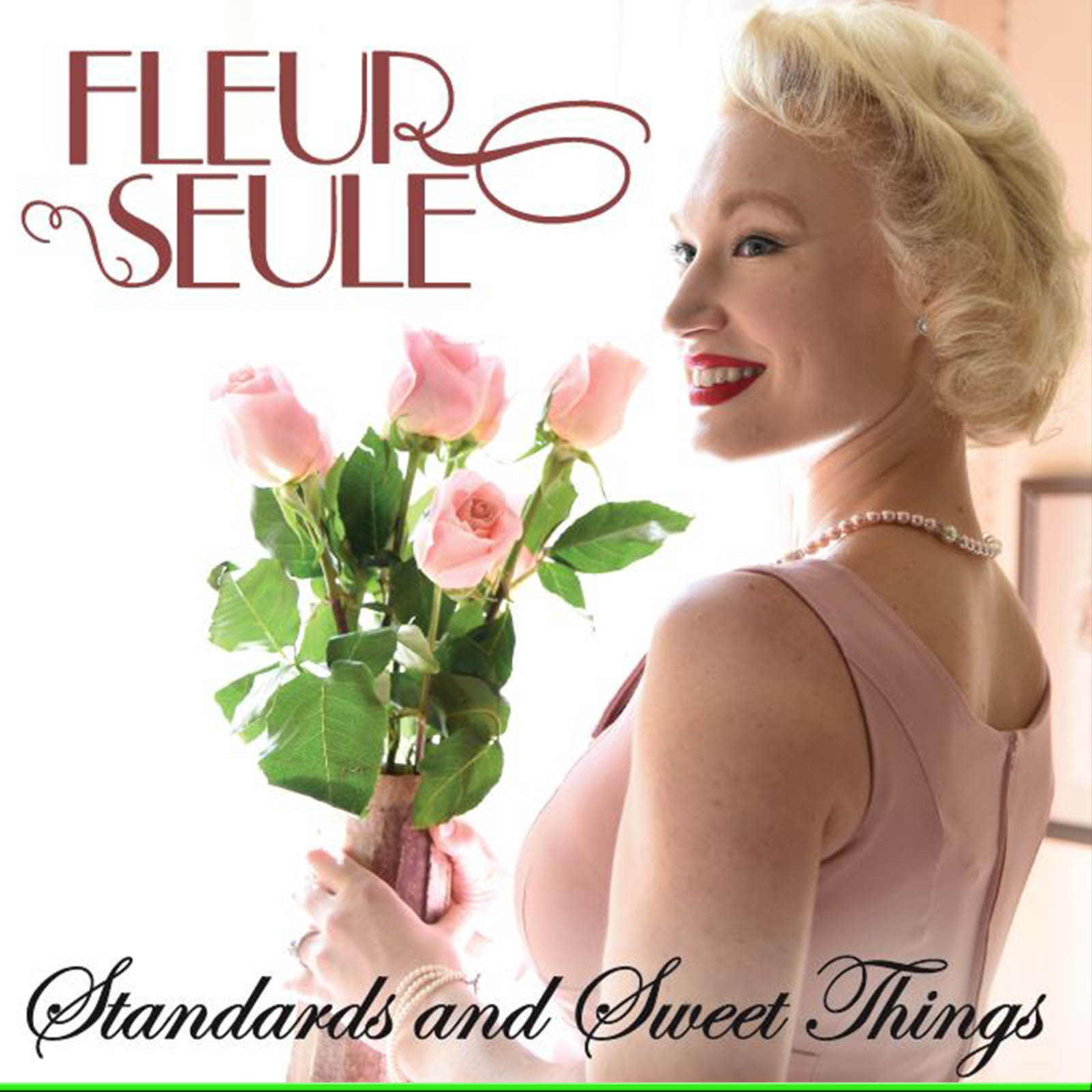 Since their inception, Fleur Seule has recorded and released a handful of CD’s beginning with their debut The Return of Glamour in 2015, followed by Swing Around the World in 2017 and then Christmas Around the World in 2018.  These offerings led to their 2019 release entitled Standards and Sweet Things, an aphrodisiac for the ears.

Briggs describes the recording as, “This album was a compilation of what I call our greatest hits, the tunes we most often perform, either by request or just the ones I love to sing. These are the tunes that really define Fleur Seule: Fun, sweet, international, romantic, and joyful.”

Laden with fun-loving tunes, Briggs performs a memorable rendition of “Zou Bisou Bisou,” a 1960 song written by Bill Shepherd and Alan Tew with French lyrics by Michel Rivgauche.  “I didn’t know there was an English version!”  She vouches, “And the French is so fun. I heard the original by Gililan Hills in a commercial and started looking up the song. It was also featured on the TV series Mad Men and I just loved the playfulness of it.”

The playfulness of a melody is a recurring theme on the recording, and was a factor that motivated her to choose the 1945 tune “Shoo-Fly Pie and Apple Pan Dowdy,” penned by Guy Wood with lyrics by Sammy Gallop.  Briggs enlightens audiences about the forgotten treasure, “This sweet little tune was in the set list of my very first show 7 years ago! I have played with it over the years and have a sort of rhythm I like, but it always comes out a little different.” 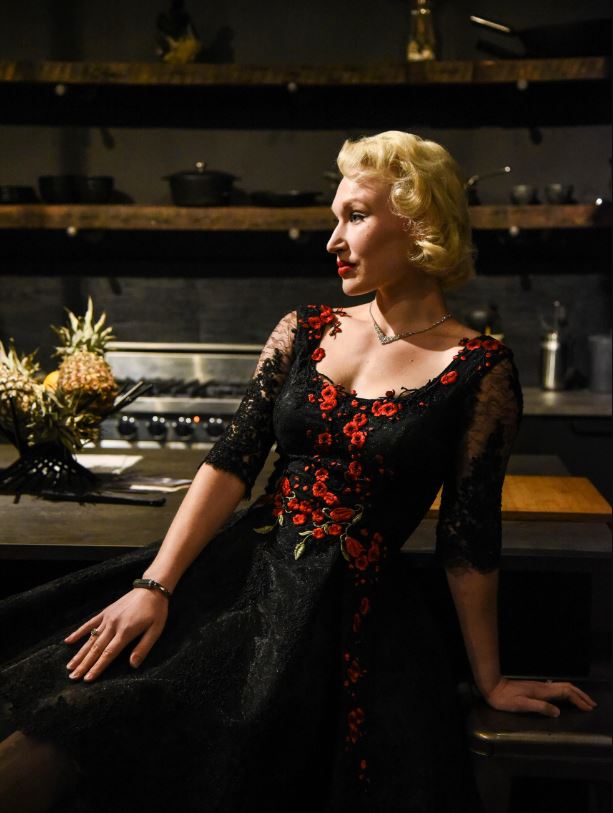 Audiences will quickly discern features of tin-pan alley merriment, sultry cabaret smoothness, and passionate torch song blues in Briggs’s vocalese. The selection of songs on the recording are conducive to her particular brand of marinade.  She is a leading female vocalist in the 21st century just as Sarah Vaughan, Peggy Lee, and Linda Ronstadt had been in the 20th century.

Like her predecessors, Briggs emotes heartfelt sentiment in her reimagination of the songs, particularly in her cover of Edith Pief’s trademark tune “La Vie En Rose.”  A song that she shares, “Since this is our theme song, we have performed it so many times that it is like second nature. It was not difficult to record, just enjoyable. It was a challenge to record it live with an orchestral when I produced my music video of ‘La Vie En Rose’ in Central Park!”

Immortalizing performances on youtube.com or another online outlet has been incorporated into the lifestyle of many musicians.  In Briggs’s case, she cites, “I have learned to adapt this year!  I’ve had to learn how to reach people and engage them in the music from afar, and taught myself a lot about the production side of it all during lockdown.”

Live streaming has become another tool that 21st century artists have found essential to reaching global audiences, particularly during the lockdown phrase due to the global pandemic.  Fleur Seule has slowly delved into this technology as the band presently performs live shows on Briggs’s Facebook page every Wednesday and Friday, found here:  https://www.facebook.com/Allyson.Briggs

Speaking on the topic of live streaming, Briggs admits, “Doing the livestreams was a very daunting task, as I had to teach myself new 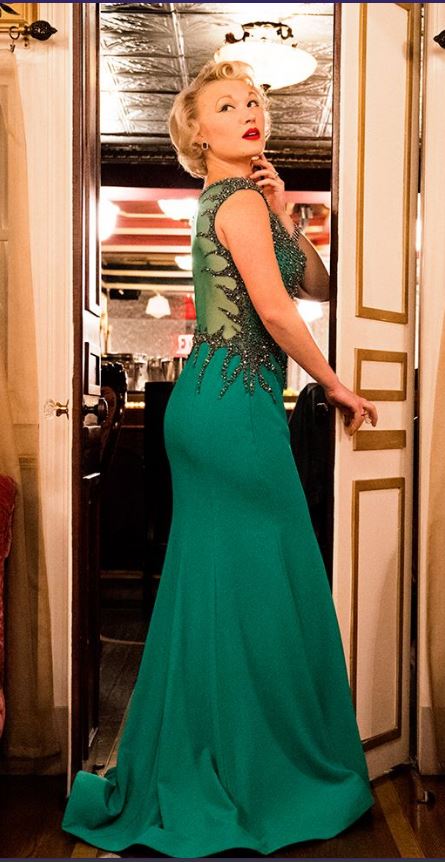 streaming software, equipment, everything. But I am so glad I did it because I have regular fans who tune in and appreciate the distraction. It has given me a space to stay in practice and connect with friends.”

Since the release of Fleur Seule’s 2021 recording Vaya Con Dios, audiences can regularly catch Briggs performing one of the tracks from the CD on her facebook page.  A chock full of pop classics made famous by singers like Karen Carpenter, Linda Ronstadt, and Whitney Houston, the recording garbs Briggs’s vocals in a country Latin flare that partners bossa nova, mariachi, and Tex-Mex with country western swing.  The nuances in her vocal movements are seamless as the band basks the songs in toasty aesthetics.

Streaming shows has become instrumental for Briggs to take her songs, past and present, directly to audiences. It has become a part of Briggs’s life with her band mates, who can remember a time when their own musical influences did not offer this option to their audiences simply because the technology did not exist.  Briggs looks at her own musical influences, which span a wide gamut of jazz artists, realizing that she inherited her affinity for jazz from her parents.

She recalls, “It’s the music my parents played and I grew up with. Frank Sinatra and The Andrews Sisters were some of my earliest influences, and as I got older, I got into the jazz greats like Ella Fitzgerald, Billie Holiday, and Sarah Vaughan.” 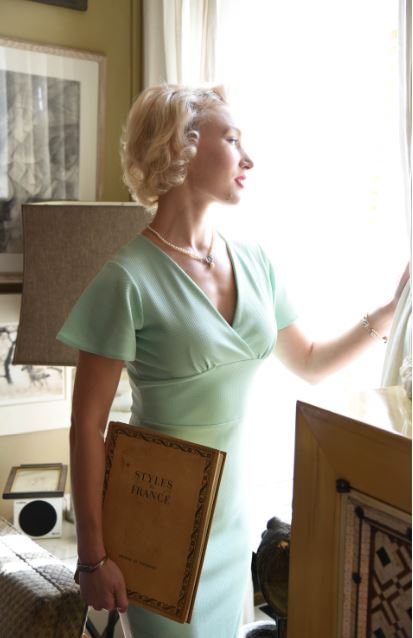 As for developing her own talents, she beams, “I was always singing! But my parents encouraged me to take lessons and develop my talents. I was just involved in a lot of different projects that allowed me exposure to so much music. From musical theatre, to choir, to galas and concerts, I was constantly surrounded by music. I never quite found what I wanted to do and felt most natural doing until I started forming the band and performing the music of the 1940s and 1950s. That was always my love and my calling.”

Being a performer had always been a part of her destiny as she remembers, “I have been on a stage as long as I can remember, starting in musical theatre as a child, leading to choral competitions and concerts, and more. We always had music and dance in our lives. The classics are what spoke to me as a person, and what fit my voice naturally.”

The stages of New York City was a natural destination to showcase her talents as she recollects how she came to Manhattan.  “I came to attend NYU in 2007,” she notes, “and just never left!  I started meeting people and building a network.  I also met my future husband so I had many reasons to stay and grow my craft here.”

Among the many songbirds residing in Manhattan, Allyson Briggs’s voice emerges above her band mates as a sole flower, the fleur seule, a modern day siren who hones her vocalese to illuminate the treasures of the Great American Songbook.  Her style of singing is relevant to 21st century audiences, moving swing jazz music forward and coalescing the breed into the yoke of modern jazz.