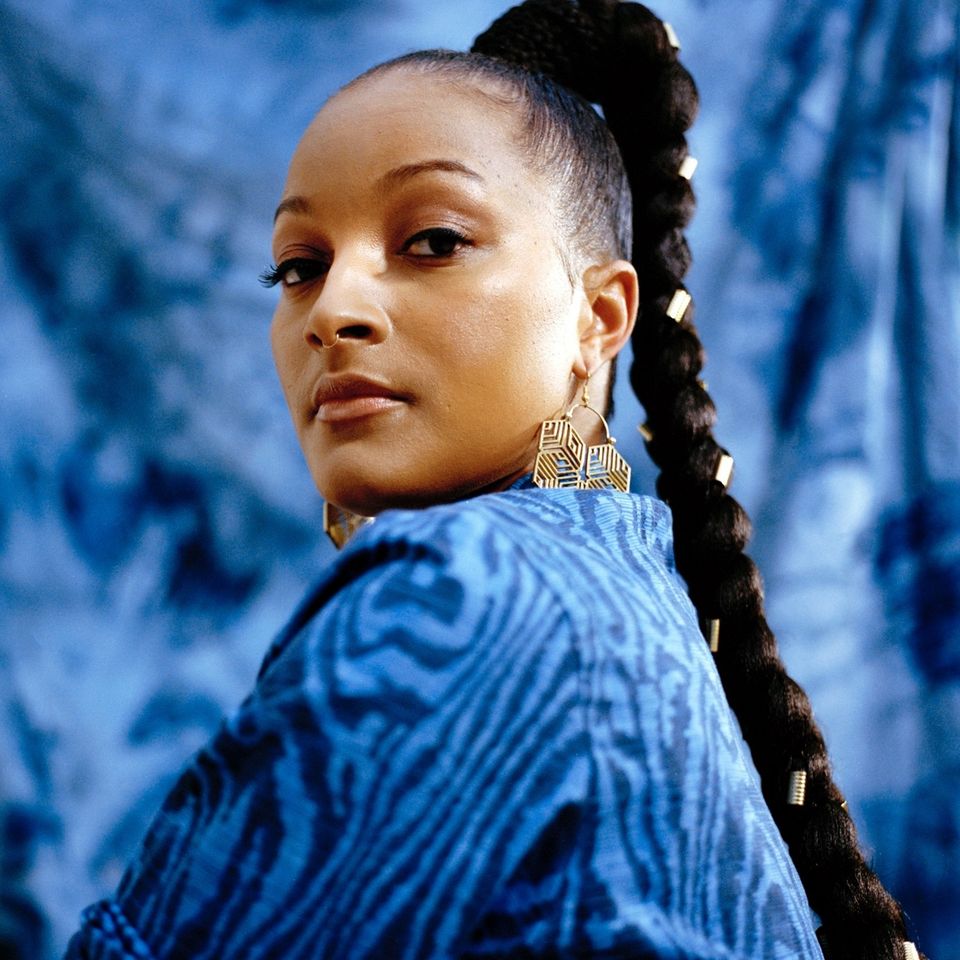 The jazz spectrum is one of the few breeds of music that invite visionaries to blaze new trails, challenge traditional idioms, and widen boundaries.  London-based tenor saxophonist, composer and arranger Nubya Garcia is one such visionary, whose debut full-length recording entitled SOURCE shows audiences the extent of her creative prowess and the strength of her perseverance.

Garcia’s journey into jazz begins in her formative years. “I started on alto age 10,” she reveals.  “At age 20, I  bought my first tenor and switched then.. that was just as I was starting university.   I guess I had been influenced by a lot of tenor players and had always loved the depth of the sound.”

According to Garcia’s biography on wikipedia.org, she was raised in London’s Camden Town and born to a Guaynese mother and Trinidadian father.  She studied at both the Royal Conservatory of Music and at the prestigious Trinity Laban Conservatoire of Music and Dance in London.  Regarding her choice to receive classical training at a university, she reflects, “I had known for a while that I wanted to study music at university, a lot of the musicians that I looked up to had gone to music college.   Just as I was auditioning for Trinity Laban,  I had a lot of friends in the years above, and I also really wanted to study with some of the teachers there.  It appeared the most diverse out of the London conservatoires.”

Attending the university exposed Garcia to a wider world for jazz with many more outlets to hear its artists.  She accepted the position of 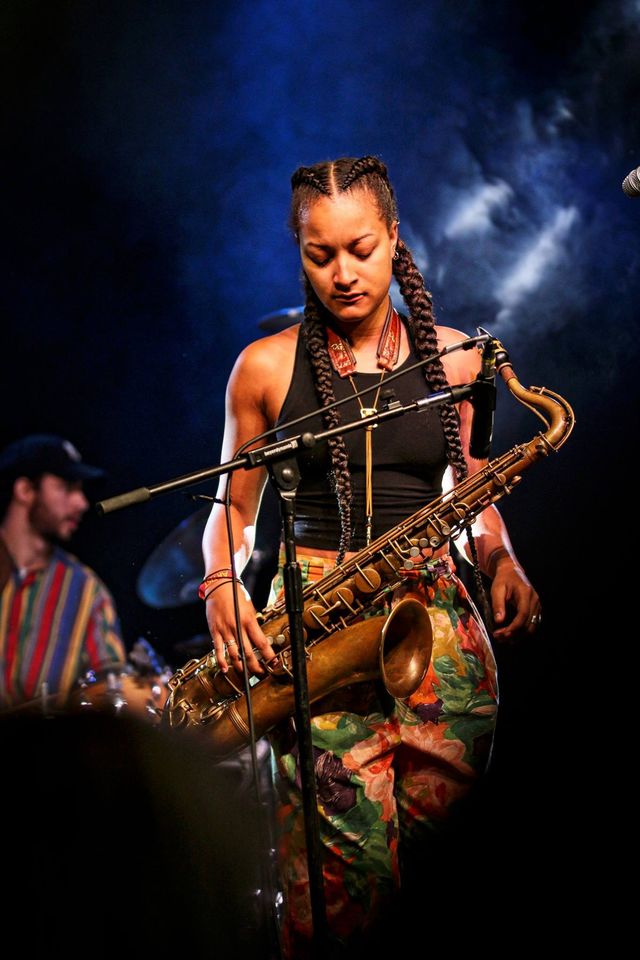 a resident DJ on London’s NTS Radio where she presented audiences with an awareness of a wider world of jazz artists.  She remembers about the experience, “NTS was one of the few radio stations that I listened to, I like the range of shows and the hosts’ perspective through so many different genres.  For me it seemed like an amazing opportunity to share my love of music –  in a different way to writing music and performing or recording.  I get to share what has inspired me over the years combined with what I’m listening to now.”

Being a student and a DJ were all a part of her discovery process.  She also found outlets to participate in widening the field of jazz by being a part of the jazz education program Tomorrow’s Warriors  and later being a part of the jazz collective Nérija.  Both projects allowed her to incorporate the music of her family’s heritage in the Caribbean by sowing its cultural assets of reggae, dub, calypso, and soca into the phrasing of her tenor saxophone.

She imparts, “The main difference is that in Nerija, we mostly compose collectively, arrange collectively etc.   All of my album –  apart from the ‘La Perla’ track and ‘Boundless Beings’ with Akenya –  were all composed solely by me.. so there’s less creative bouncing off of other musicians, as I wrote or developed most of the tracks at the piano with my horn… in a way you kind of have to creatively bounce off of yourself.” 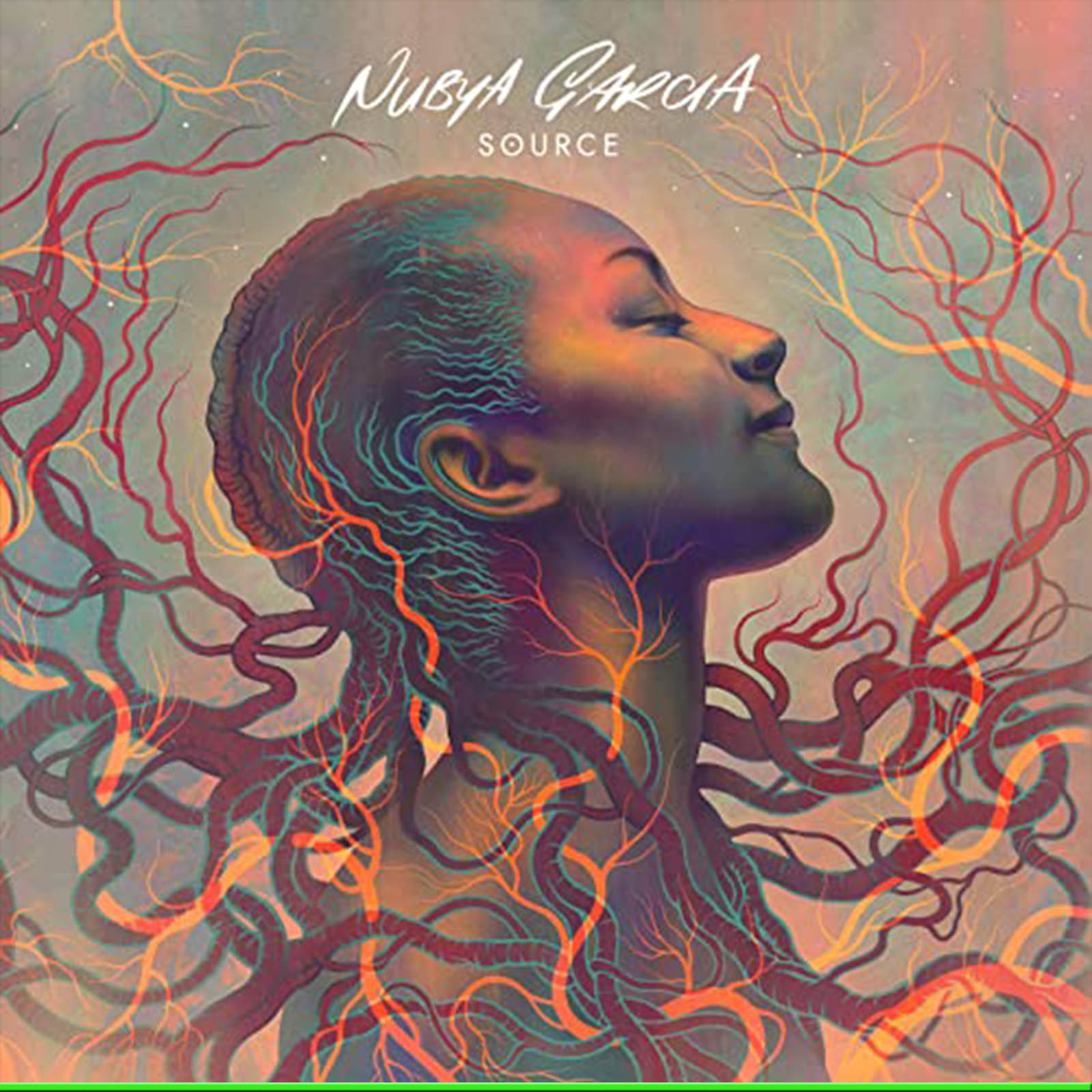 Exploring her own creative imagination as a saxophonist, composer and arranger and telling the stories inside herself came through on the track “The Message Continues” from her debut full-length release SOURCE.   The composition integrates the musical assets of the Caribbean culture into the arrangement as she explains, “‘The Message Continues’ is about taking root in the stories and experiences of our elders. It hones in on the importance of learning about and passing on stories from the past, so that knowledge isn’t forgotten.  The arrangement came together from the inspiration of thinking about all of the stories I’d learned from talking to the elders in my family and their communities.”

Supporting her on SOURCE are musicians whom she has performed with along her journey as she lists, “The musicians on SOURCE are Joe Armon-Jones on keys, Sam Jones on drums, Daniel Casimir on double bass; they are in my band and we’ve been playing and touring for a couple years now.”

She elaborates, “Last year, we were on the road a lot, so we got really in tune with each other.  Sheila (Maurice Grey) is on trumpet and vocals, and Cassie Kinoshi and Richie Seivwright are on vocals on some tracks – we’ve known each other for many years and have played in so many different bands together.  We also came up through Tomorrow’s Warriors together.”

Also on the recording, she praises, “Then there’s Akenya (Akenya Seymour, an amazing Chicago based vocalist);  and La Perla (a Colombian group with Giovanna Mogollon, Diana Sanmiguel and Karen Forero).  I met them on my travels in Colombia on another project and again in London, and we really clicked musically.”

Kwes, who is Garcia’s co-producer on SOURCE, also shares past experiences with her.   She describes, “I met Kwes working with 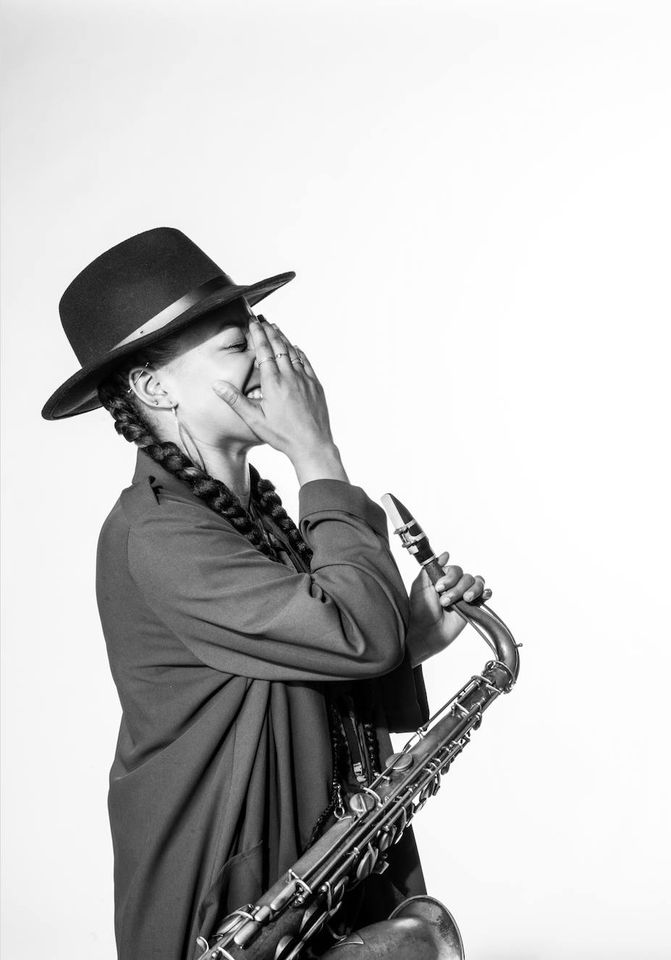 Nerija. He produced Nerija’s last album and I really really enjoyed working with him.  On SOURCE, I guided us through the recording process as I composed the tunes.  Kwes and I then worked together and  co-produced  after the recording in the mixing and post-production process,  rather than in the traditional sense of a producer. It was such an incredible process and felt really organic.”

The impetus to make the recording was also natural as she recalls, “I had been travelling and touring for a few years,  and had collected a bunch of ideas that I wanted to develop into a story of my experiences.  That resulted in SOURCE.”

“I am always working on new ideas,” she shares,  “some feature on the record,  and some will feature in future projects and other things.  As mentioned in Q4, the compositions chosen for SOURCE were from ideas I had collected while traveling and touring.”

Whether she is creating music in a studio or performing live on stage, Nubya Garcia focuses on channeling herself into her tenor sax.  On the difference between the two settings, she remarks, “I love them both.. they both can have really different feelings, festivals can feel amazing looking out to so many people in front of you,  and clubs are also amazing to feel the direct energy from a smaller audience.  I wouldn’t say that I notice a difference in my playing or performance, I’m just aiming to be as present as possible wherever I am.” 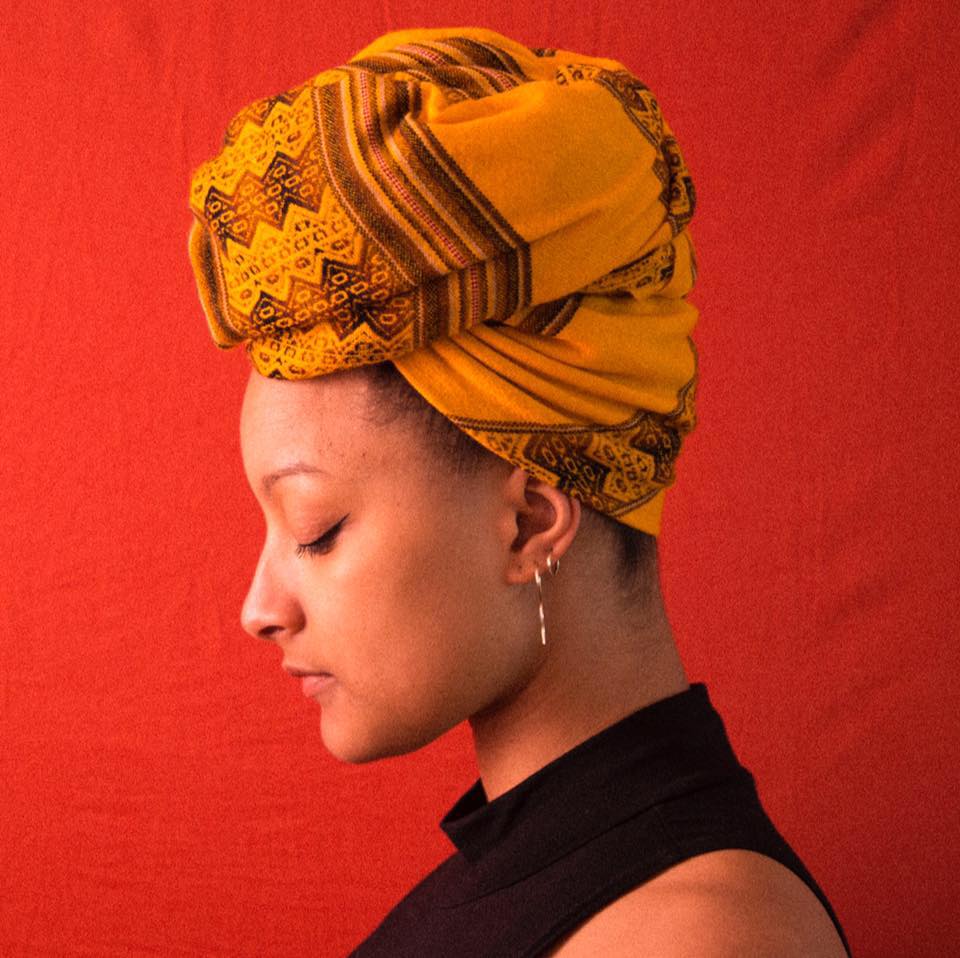 Though it may seem that Garcia’s life revolves around her music, she does step outside of herself and learns about the world around her.  Some activities that she enjoys doing she cites, “Reading, going to exhibitions, walking and hiking, listening to music, roller skating, being on a beach.”

Armed with perseverance and a creative prowess that is indefatigable, Nubya Garcia takes pride in her work and in expanding the vision of jazz music.  Still learning and being an active participant in the field of jazz, Garcia has crafted a niche for herself that allows her to meld the music of her heritage with her classical training.