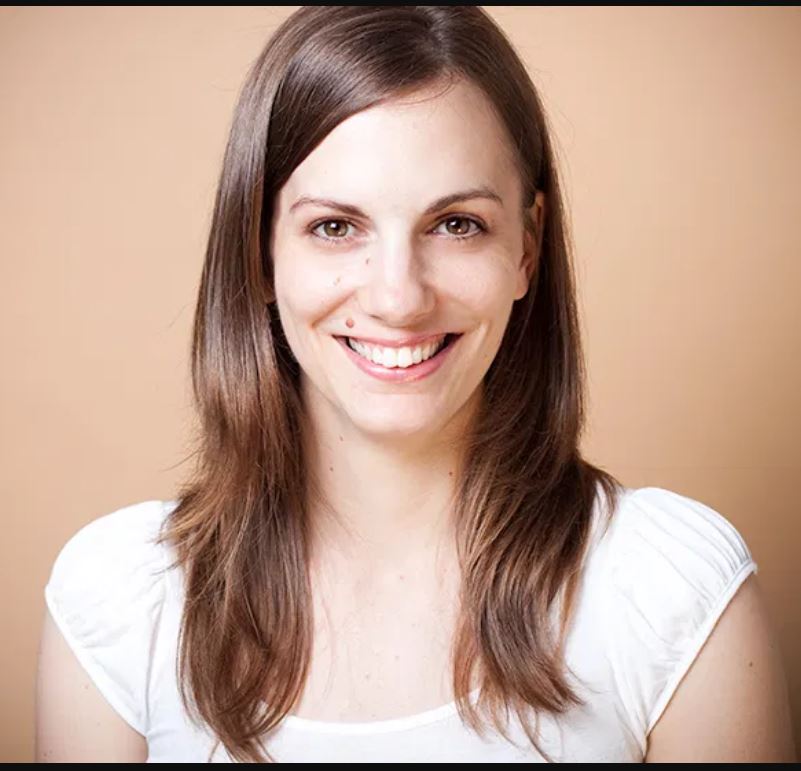 Lyrics and music filled with a deep love and appreciation of the natural world is a significant factor driving  singer, composer, bandleader, and trumpet player Rebecca Hennessy to write songs.  A native of Toronto, Canada, Hennessy is an optimist at heart, continually searching for the light at the end of the tunnel, offering a balm on beaten-down hearts and a comforting voice for tormented soul.  Hennessy’s world that she creates in her music provides a healing hand, which unifies people through common melodic sensibilities.

Her own melodic leanings bridge elements of jazz, folk, acoustic pop, country, and bluesy spirituals. It’s a skill she began to explore at a young age.  “I grew up listening to lots of jazz, pop, blues and old country. Louis Armstrong and Chet Baker were on regular rotation in my house,” she recollects.

She credits, “My band teacher and trumpet teacher both got me listening, playing and studying jazz.  I studied jazz trumpet in college and university where I started to compose my own music and started singing.”

Delving deeper into her background, she recalls, “Going to The Lionel Hampton Jazz Festival as a high school student really had an impact on me. There were some really amazing shows that I got to see and wonderful musicians that were accessible to us young students during masterclasses and clinics.”

The experience had an indelible effect on her.  “I started singing in college and university while studying trumpet,” she provides. “It wasn’t until I graduated from the university that I started to sing more on shows and recording sessions. As time went on, I was singing in bands that I was touring in and making albums with like Hobson’s Choice, Sweet Pea, The Woodshed Orchestra, Makeshift Island and now my own project under my name, Rebecca Hennessy.”

Reflecting over her early musical experiences, she describes, “Toronto has an excellent music community that has a lot of space for all kinds of musicians, however, it can be difficult to make a living if you only want to play one style of music. I have always played in different bands including blues and mariachi!”

“When I write music,” she defines, “I don’t necessarily think about keeping within a genre. This allows me the freedom to express my creative flow as it comes out.”

Her melodic blend isn’t calculated but is rather an expression of her natural leanings.  The motivation to write lyrics and music was a natural step to take as she reveals how she started.  “My dad passed away when I was in third year university and I started to write music as a way to deal with that loss.”

Naturally, music gave her a healing power to mend herself and later to mend others.  She found her reason to pursue a life in music 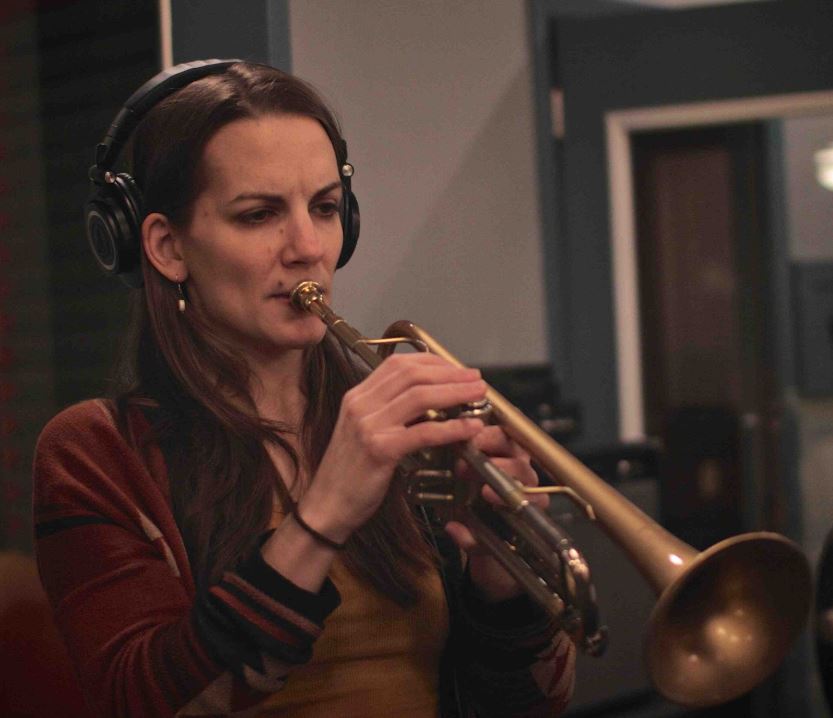 creation and performance, beginning her quest co-leading Hobson’s Choice, a jazz outfit that she speaks about fondly.

She recounts, “In 2007, I did a summer jazz and creative music workshop at the Banff Centre where I met and became friends with Felicity Williams (voice) and Michael Davidson (vibes). When the workshop was over, we started a co-led band with guitarist and singer Harley Card. That was the beginning of our band Hobson’s Choice. We made four albums to date and did a few Canadian tours. When I started to write more music that needed a different group sound, I realized that I should start another band of my own. This is how I started writing for my first band, Makeshift Island, then Fog Brass Band and now my new project under my name, Rebecca Hennessy.”

Since her days co-leading bands, Hennessy progressed as a solo artist, releasing two recordings with a short slate of musicians supporting her on Two Calls in 2017 and All The Little Things You Do in 2020.

She characterizes, “Nature is my inspiration for many of the compositions on Two Calls. I love being outdoors, birding, camping, fishing and hiking. In fact, you can hear two birdsongs on my composition, Two Calls that I recorded while in the Panama Jungle in 2016. I wrote ‘Lagoon’ after spending the day fishing with a friend.” 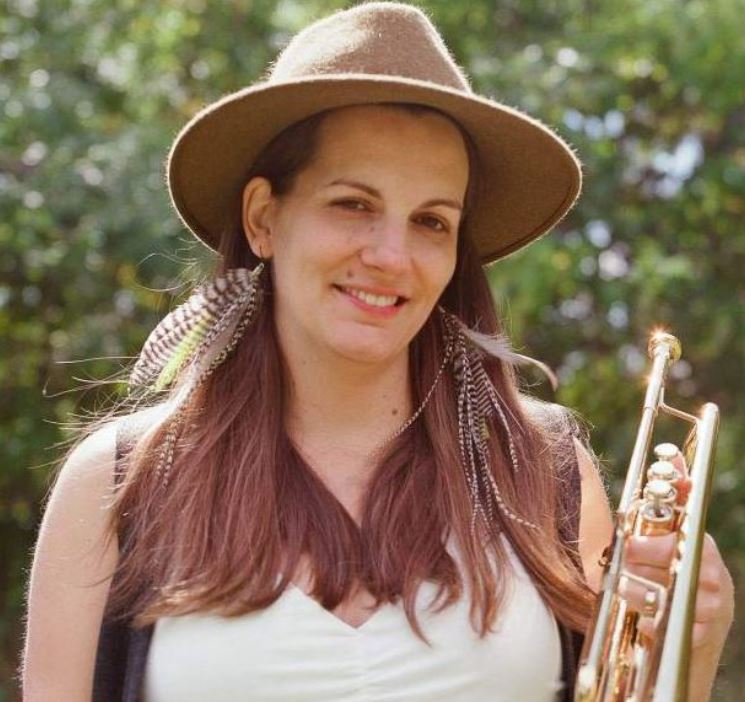 Another gorgeous track on Two Calls is “Horn Lake.”  She explains how the song evolved, “I composed ‘Horn Lake’ while thinking about my childhood memories growing up on that named lake located on Vancouver Island. I wanted to reflect my nostalgia for the west coast I’ve felt since moving away. The damp forests, mountains and oceans are some of the images I was thinking of when composing this piece.”

Joining Hennessy on Two Calls are Tom Richards on trombone, Jay Burr on tuba, Tania Gill on piano, Don Scott on guitar, and Nico Dann on drums and triangle.  For her second solo project, All The Little Things You Do, Gill returns on piano joining with a new slate of musicians supporting Hennessy that include her husband and double bass player Michael Herring, Dave Clark on drums, and Kevin Breit on guitars, mandolin, banjo, and organ.  Hennessy also renders the services of guest musicians, which include The Upper York Mandolin Orchestra, Tom Richards on  trombone, Claire Doyle and Alex Samaras on background vocals, Drew Jurecka on violin and viola, and Thomas King, the author of the poem “Dig Up The Stories” (track 10) and the author and narrator of “Nothing Passes for Favour” (track 12)

Hennessy outlines how the songs on All The Little Things You Do emerged, “I had a book of songs with lyrics that I was feeling good about. When Kevin Breit joined the band, my songs really took shape and it inspired me to book my first recording with this band at Canterbury Music Co. My hope is that when people hear this music that it resonates with them. Many of these songs talk about grief, mental health, and love.”

One track on the recording that best expresses Hennessy’s theme of human grief, mental health and love is “Keep The Light Bright.”  She explains how the arrangement came together, :My husband and music partner, Michael Herring, wrote the lyrics in the back of a van one evening while on tour in New Zealand after we found out that one of our friends was suffering from a mental health crisis. Michael sent me the lyrics and I wrote the music for it the next day. It felt like we wrote this song for our friend as well as for anyone suffering. We have to keep the light bright for each other!”

A significant factor that made her songs on All The Little Things You Do so penetrative is the slate of musicians who supported her as she shares about them, “My band has been playing regularly together since 2013, except Kevin Breit who joined in 2017.”

She notes, “I met Michael (Herring) through a mutual friend in 2006, and now we are married with our first child.” 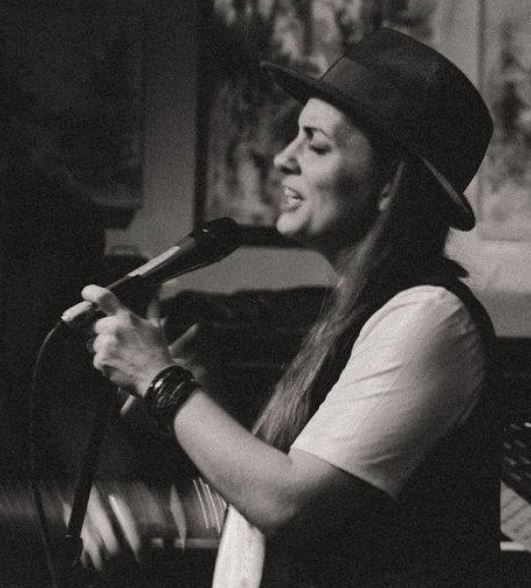 Moving on, she cites, “I met Tania Gill at University of Toronto, but we really started to play together in Dave Clark’s band The Woodshed Orchestra in 2007. I saw Kevin play with his band Sisters Euclid regularly at the Orbit Room early on when I moved to Toronto in 2003. I played with him for the first time on Dave Clark’s Woodshed Orchestra album called Guestbook in 2015.”

“The common link,” she discerns, “that brought us all together is our desire to connect through music making.”

Yet, it is more than merely making music that bind Hennessy and her slate of musicians. They make music that penetrates the listener’s soul, appeals to one’s melodic sensibilities and soothes the turmoil within, not only through the lyrics but also through the blending of melodic textures.  The blending of strings and brass textures surface on the track “Deeper Than The Dark Blue Sea,” as Hennessy performs with the Upper York Mandolin Orchestra.

She furnishes, “I found the UYMO through Kevin Breit. They have played on a lot of Kevin’s albums and I was hoping that he could pull some strings for me, which he did.  I love the sound of the mandolin orchestra and I allowed them to decide which tracks would best suit the players. It was their decision, not mine. I’m thrilled with the result.”

The reason that motivated Hennessy from the start to compose songs continues to motivate her songwriting, recording and performing.  Her connection to the natural world, to human emotion and to relentless optimism is contagious.  In a moment of introspection, she muses, “My growth as a singer and performer during the process of making this album has been huge. Working on this music was like a soul searching mission. I had to really dive into the lyrics of my songs and think about how I wanted to perform each phrase. That was how I shaped the arrangements. I feel like I’m starting to understand who I am as an artist and it feels really great.”

A native of Toronto, Canada, Hennessy’s search for the light at the end of the tunnel continues with a relentless pull.  Both earthy and

ethereal in texture, Hennessy’s music offers a healing hand, unifying people by means of common melodic sensibilities that transcend differences among countries and cultures.  Sending out the message to heal, Rebecca Hennessy’s wisdom is greater than her age.  It stands to reason that she heard the messages sent out by her predecessors like Louis Armstrong and Chet Baker, and she continues the call.