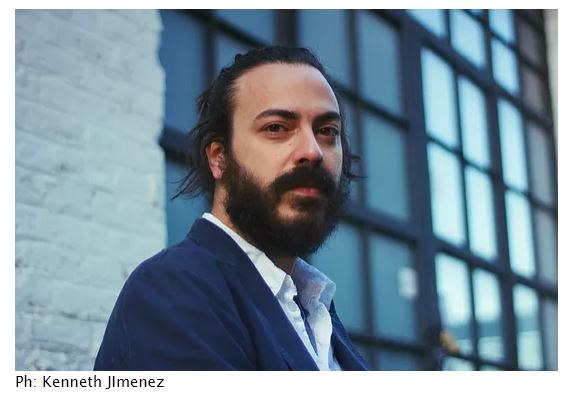 Born in Argentina and based in Brooklyn, New York,  jazz pianist and composer Santiago Leibson straddles the line between classical music and contemporary improvisation.  Supported by Matt Pavolka on bass and Mark Ferber on drums, Leibson’s trio creates organic and beautifully animated conversations all done in 9 bars of creative self-expression on their latest CD entitled Little Pieces.

Leibson explains how he met his band mates. “I met Matt initially through Guillermo Klein, and then further through going to see him play with his bands  — The Horns Band and The Matt Pavolka Band or with Akiko Pavolka or with some other bands.”

“I met Mark,” he advances, “also watching him play in many and very different settings.”

He recalls, “I asked them to record Episodes in 2018, and I really liked the sound of the trio. So it made sense to ask them again to do Little Pieces, and I was lucky enough to have them on the record.”

“What I like about them,” he points out, “is that they make a really solid but also flexible rhythm section that is so much fun to play with.  Especially in a trio setting, you have to think about bass and drums as one unit – and they make a hell of a unit.”

As a composer, Leibson shows a strong connection to his band mates, interacting naturally with them and exchanging dialogue between them.  He recollects how their latest recording evolved.  “The inspiration for the music on Little Pieces came after listening to Schoenberg’s Six Little Pieces for Piano op.19, especially N.2 which is 9-bars long. This gave me the idea to write nine 9-bars long pieces that are finished pieces that you can play them as  ‘little pieces’; hence, the name of the album. Then, I imagined some arrangements for these tunes for a trio setting, combining the written-material with improvised sections.”

“As I said before,” he reiterates, “all of the tunes were conceived as 9-bars pieces then arranged for a trio setting.”

He remembers, “‘Imbued’ was the first tune I wrote for these 9-bars long pieces. It was really inspired by Schoenberg’s Six Little Pieces for Piano N.2. I really like layers in music, when different things happen at the same time.  I guess the musical term for this is ‘counterpoint’ and I tried to achieve that while writing this piece.”

The exchanges made between Leibson, Pavolka, and Ferber were more than an exercise to hone their practice, they built vibrant 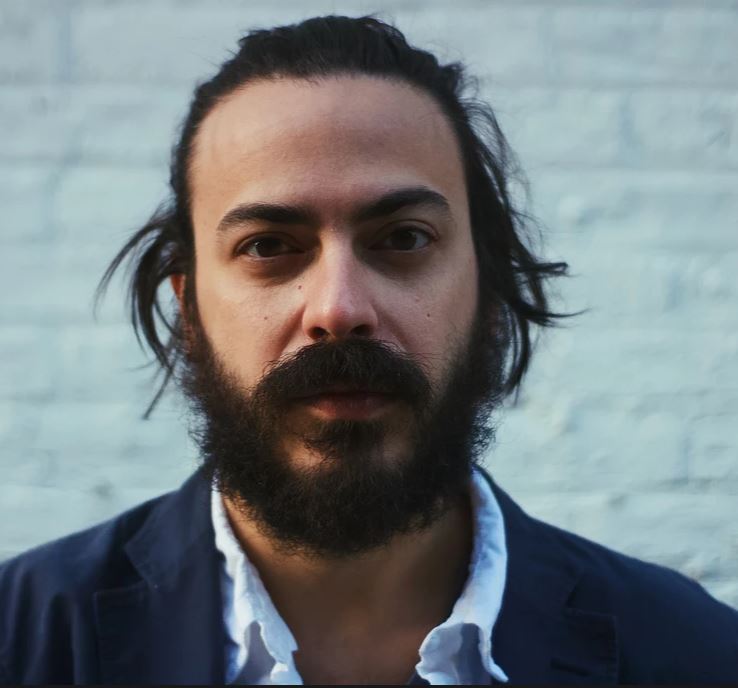 conversations around 9 bars.  “In the case of ‘Conundrum’,” he shares about the track from Little Pieces, “I wrote first a choral of 9 successive chords. Let’s call this part A section, and then a melody based on the same pitch material, B section. The arrangement for this specific piece is that I start playing/improvising around the choral section (A) while, at the same time, the bass is playing the melody part (A). Then we move into a collective open improvisation using the material and it ends with the melody (B) being played by the piano and bass.”

“But even though I had an arrangement in mind,” he realizes, “the creativity and great musicianship of both Matt and Mark were a crucial component in the outcome of this track and the whole album.”

The level of creativity demonstrated by the trio is a source of motivation for them, as Leibson gleans, “I think that for this record I wanted to deal more with the unexpected. I didn’t want to have fully notated arrangements of the pieces, but just see how the material would be developed in the studio session. In some other recordings, I wanted to achieve a certain idea that I had for each one of the tracks, but while recording Little Pieces, I left more things undecided so the music was free to go into very different directions. And then I picked what I wanted after the session. Let’s say that in this case, I was less concerned about the final result.”

For the listener, no track feels unfinished.  And although Leibson concentrated on his counterpoints with his band mates during the recording process, Little Pieces is an album for people’s listening pleasure, as Leibson expresses, “I want people to listen to the record.”

When discussing what moves him to compose his piano parts, he describes, “I guess my piano playing is a combination of all of the above: storytelling, mood expression and interplay. I think these categories are not isolated from each other and I always try to find a balance where I can tell a story within a certain mood or character in a collective setting.”

All of these factors are part of the gravitational force that pulled Leibson towards playing the piano at an early age.  He reminisces, “When I was a kid, I attended group music lessons where the teacher had us sing, dance, clap, play flute, and showed us lots of instruments.  I vividly remember the gaita but I specifically started playing the piano a little bit by chance.” 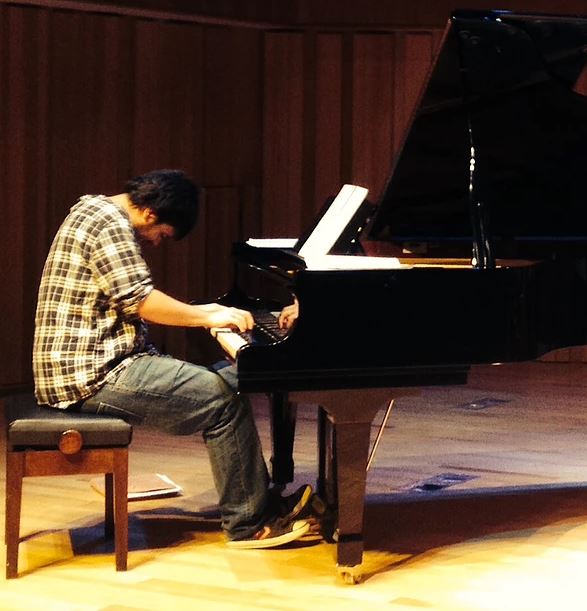 He recounts, “My parents had bought a electric keyboard for my brother and he took lessons for a month or so but then wanted to quit. So since the keyboard was there, they asked me if I wanted to start taking lessons and that was the beginning. After a few years they got me an upright and since then I never stopped playing it. I remembered being really attracted to the piano because of the music my parents would play on a Sunday morning, especially Glenn Gould playing Bach’s Well-Tempered Clavier, Thelonious Monk and Bill Evans.”

His musical influences would prove to be a beacon for him while he charted his own path as a pianist and composer.  “As I mentioned above,” he repeats, “my earliest musical influences was the music my parents would listen to at home.  As already mentioned, Glenn Gould, Thelonious Monk and Bill Evans.  I would add Miles Davis, John Lee Hooker, Janis Joplin, and Charly Garcia (Argentinian singer/songwriter). I really can’t remember what I thought about their music back then but it surely had a huge impact on me.”

He reveals, “I would also want to add the great importance of the Argentinian Jazz scene in my teen years:  My dad would take me to some of the few jazz clubs in Buenos Aires, there are more now, to listen to Ernesto Jodos, [an] incredible pianist and later my teacher, Sergio Verdinelli and Enrique Norris among many others.”

One common bond that links Leibson’s musical influences together is that they each composed original material.  He considers, “I think I always was interested in composition. I remember asking my first piano teacher to explain to me how to write new melodies, and I would write some little exercises. Later on, I realized that writing music in a jazz/improvised music context was a great way to create new vehicles for improvisation and that was, and at a certain point still is, my main motivation. Nowadays I write music because I want to express and create ways of communication.”

Aiding him along his journey has been the jump he made from Argentina to New York City, which  he chronicles, “I moved to New York City in 2014 to pursue a Masters in Jazz Performance at NYU, and I settled in Brooklyn around 2015. All the musicians that I wanted to play with and almost all the music I was listening to was happening in Brooklyn, so it made sense to live there.”

“I do feel,” he regards, “that there’s a strong music scene related to Brooklyn, but it’s not exclusive to the geographic location. It just happens to be a place, or at least ‘was’ before Covid, where a lot of venues support a certain kind of music and lots of musicians live around here. I think there are historical/economical reasons for this and it’s related to gentrification and other phenomena, but this topic is a little bit out of my scope and I need to do more research to give you a more precise answer.”

Like many artists, composing original music is one obstacle to surmount but how to distribute it to the public is another endeavor that many creative musicians are not equipped to manage.  In Leibson’s case, he found the answer with his record label Chant Records, who use bandcamp.com for music distribution.

“I chose Bandcamp for many reasons,” he exposes. “First of all, Chant Records, the label that I work with, releases all their music on

Bandcamp.  Also, I think that this platform is one of the best in terms of giving the artist a fair cut of the deal. And finally, and I only realized this after the Covid crisis but I think it was always true, I think  people at Bandcamp have a real commitment on supporting artists and political causes: every first Friday of the month they are giving away their share on all the sales, so 100% of the revenue goes to the artists. On June 19th (Juneteenth) they donated all their income made on that day to NAACP Legal Defense Fund, a racial justice organization with a long history of effectively enacting change through litigation, advocacy, and public education.”

With music distribution handled by a company that Leibson is confident in, he is able to focus his time on more leisurely pursuits, as he provides, “Well, in these crazy times I have more time to focus on different stuff: I’ve been reading a lot and watching lots of movies, which I also did before Covid, but now I’m doing it more extensively.”

As a jazz pianist and composer, Santiago Leibson shows a deep understanding of the art form, creating music while engaged in active conversation with his band mates.  In his case, their activity produces a recording for people’s listening pleasure.  Whether that is an accidental benefit of the recording or not, it does not change the result that their music pleases audiences by simply stringing along little pieces into 9 bars of self-expression.